Goss: Feel good stories key to Round 1 of playoffs

Dick Goss examines Round 1 of the IHSA playoffs, including the chances Coal City, Plainfield East and Romeoville have filling the underdog role. 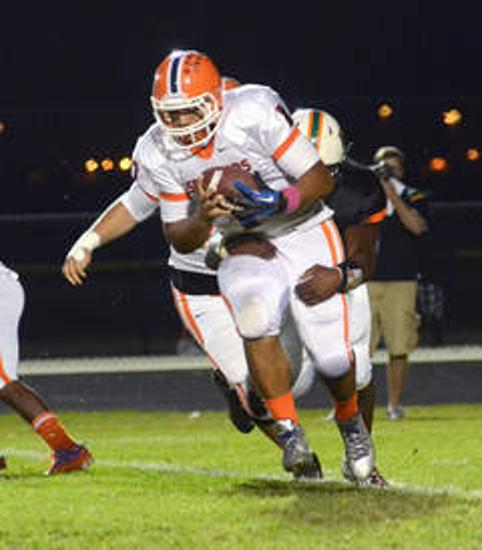 Make it an even dozen for the Joliet area.

As it should be.

They're dancing in the streets all over the area. However, Coal City, Romeoville and Plainfield East are especially fun stories.

Coal City falls into that category because the Coalers at 4-4 appeared on the brink of elimination to those of us who study and project the playoffs. It appeared the cutoff for playoff points (opponent victories) for 5-4 teams would be 38 or higher.

Coal City appeared headed toward 36 or 37 points. All the Coalers could do was beat Reed-Custer, which they did, and keep the fingers and toes crossed, which they must have done.

What happened on the final weekend? A number of 4-4 teams with solid playoff points were knocked off and booted from the playoffs. Also, a couple of Coal City's previous opponents won Week 9 games that on paper they did not figure to win, thus adding valuable playoff points.

Staying on paper, Coal City has no business traveling down to Quincy and knocking off mighty Notre Dame. The Coalers did not figure to have this opportunity, either.

So why not? Let's make an early prediction for a major upset.

Romeoville, which had not been to the playoffs since 2002, is special because of an 0-9 season in 2012. Without going through exhausting leg work, I would be willing to guess very few 0-9s in one season have qualified for the playoffs the next.

Coach Jeff Kuna always deflects credit to his kids, but he and his staff have done an outstanding job, not only keeping a team prepared physically, but most importantly, mentally. The Spartans scored big victories in Weeks 8 and 9 to punch their ticket.

Romeoville is a feel-good  story for another reason. The other Valley View School District team, Bolingbrook, is a perennial qualifier and one of the top programs in the state under coach John Ivlow. The Spartans have been relegated to the background.

Now, however, Romeoville has a shot. Upsets are the theme of the night. Watch for the Spartans to go to Rich Central and get the job done.

As for Plainfield East, the Bengals have some injury issues and received  a tough draw. They were on the 6A/7A  bubble and landed in 7A. That resulted in a first-round visit to Lincoln-Way  East.

It is difficult to look at that game, especially with Plainfield East coming off a 38-0 loss Friday night to Plainfield South, and say the Bengals have a shot. Lincoln-Way East should advance, but Plainfield East wants to take its best shot in its first-ever playoff game.

And how about a post script. Providence opens at defending 6A state champion Crete-Monee in one of the most anticipated first-round match-ups.

Lots of pundits  will  look at this one and think upset. Include me in that group. The Celtics  played one of the state's most difficult schedules with four Catholic Blue games and Joliet Catholic and Fenwick on the nonconference schedule.

Yet the Celtics came through when they had to, beating Brother Rice 28-22 Friday night to get in.

Put this one in Providence's column, regardless of how much of an upset it actually is.

You anticipate teams such as Bolingbrook, Lincoln-Way East, Joliet Catholic, Lincoln-Way West and Wilmington winning their playoff openers. If some of our underdogs can win in Round 1, 2013 indeed will be a keeper.