Phil Brozynski lists three things we should know about this girls volleyball season. 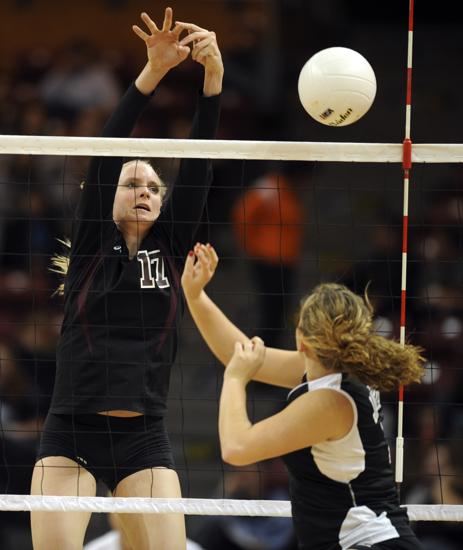 1. Few players have put together back-to-back seasons like Richmond-Burton’s Ali Frantti has. Last year, she led the Lady Rockets to a second-place finish in the state tournament by amassing 557 kills, including 22 against in the semifinals against Jacksonville. This year, she had 564 kills during the regular season, including 31 against Burlington Central to help Richmond-Burton earn a share of the Big Northern East title. Next stop? Penn State. ‘‘She has known she wanted to attend Penn State ever since she was a little girl and has worked very hard over the years to make sure she would reach that goal,’’ Richmond-Burton coach Kaycee Kaywood said.

2. It’s a tossup between Plainfield South and Sandburg for the most difficult sectional in the state. Barring upsets, likely regional finals feeding into the Plainfield South sectional will be two-time defending state champion Benet against Lockport, Naperville North against Neuqua Valley, Waubonsie Valley taking on Lemont and Plainfield North playing Metea Valley. In the Sandburg sectional, the potential matchups would likely be Sandburg against T.F. South at Andrew, Lincoln-Way East at Marist, Mother McAuley vs. Homewood-Flossmoor at T.F. North and Lincoln-Way Central against Lincoln-Way North at Marian Catholic.

3. One of the longest running interdivisional conference championship series around belongs to the Mid-Suburban League, which pitted the champion from the West (Barrington) against the champion from the East (Hersey) in the 41st annual renewal of the series last Thursday. Barrington and Hersey both had won the championship 10 times going in, but the Fillies claimed the series lead with a 25-19, 25-15 victory behind West Player of the Year Claire Waliczek (Mercer University).