Joe Henricksen lists his team of current coaches that were local stars when they played in high school, including Proviso East coach Donnie Boyce, who led the Pirates to a state title in 1991. 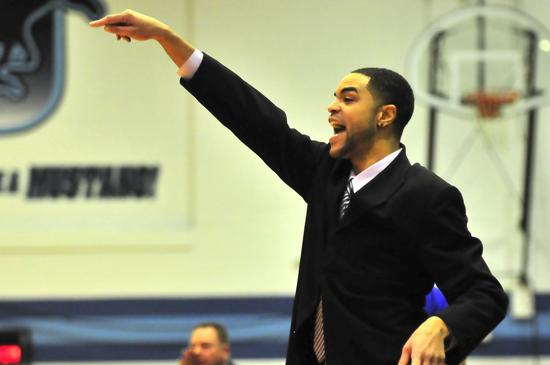 The hiring of Marlo Finner this fall as head coach at Chicago Lab added to the list of former standout prep players who’ve made it back into the high school game via coaching.

Here is a starting five of current head coaches in the city and suburbs who were the biggest and best prep players back in the day, with the high school they coach at followed by the school they played at.

In five seasons as head coach at Morgan Park, Irvin has compiled a 132-37 overall record, with the highlight being last year’s Class 3A state championship.

The youngest of six Irvin children in a basketball-crazed family, Irvin was one heck of a player in his day. The 6-1 guard was a big-time scorer in the mid-1990s at Carver as a three-time all-state selection and a part of Carver teams that went a combined 114-13. Irvin went on to play for Jerry Tarkanian at Fresno State from 1999-2001.

Since returning to the Maywood school, all Boyce has done is go 61-6 in two years with a state runner-up finish in 2012 and fourth-place finish last season.

As a player, Boyce was part of the famed “Three Amigos” in 1991 at Proviso East, teaming up with Michael Finley and Sherell Ford in leading the Pirates to a state championship. Boyce also put together an outstanding career at Colorado, where he remains the No. 2 scorer in school history with 1,995 career points and a single-game school record of 46 points.

After a brief stop as head coach at York, Kleinschmidt returned to his alma mater and has become a presence in rebuilding Gordon Tech, where as a senior he was a McDonald’s All-American. Kleinschmidt was a two-time all-stater and carried Gordon Tech to a state runner-up finish in 1990. Kleinschmidt then went on to become one of the top five scorers in DePaul history with 1,837 career points.

After spending the past four years as an assistant and a part of four consecutive state championships at Simeon, Finner gets his first crack as a head coach. Finner is arguably one of the most underrated high school players to come out of the Public League. He was a scoring machine, averaging over 30 points a game as a senior at Phillips before going on to play collegiately at Missouri.

After seven seasons as head coach at South Shore, Batts begins his second at Julian at the age of 62. A superstar prep career at Thornton in the 1960s led to Batts becoming the second all-time leading scorer in Cincinnati Bearcat history behind Oscar Robertson. He had a short stint with the Virginia Squires in the ABA before heading off to Europe for a nine-year professional career.

Bankston begins his 12th season as head coach at T.F North, where he’s turned the program into one of the south suburbs best with four regional titles and a sectional championship since 2007. His playing days at Simeon were highlighted by a 25-point, 12-rebound performance in a state championship win over Evanston in 1984, playing with the late Ben Wilson. Bankston went on to play collegiately at Bradley and Loyola.