Eisenhower battled its way to a 102-85 win over Bremen on Friday to give coach Mike Curta his 300th career win. 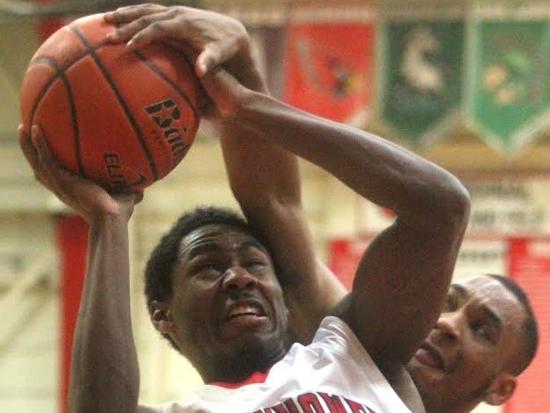 A big third quarter dealt Bremen (4-1, 0-1) its first loss and gave Eisenhower coach Mike Curta his 300th career coaching win in the South Suburban Red opener for both teams Friday in Blue Island. Eisenhower improved to 3-2 overall and 1-0 in the SSC Red.

Leading 47-45 at the half, Eisenhower went on an 18-6 run and never looked back. Calvionate Washington scored nine points during the run, including back-to-back threes, that allowed the Cardinals to take a 65-51 lead. Eisenhower led by double digits the rest of the way.

Khalil Williams had 23 points, including a three-pointer that gave the hosts a 100-79 lead with 2:10 left in the game. Washington hit three treys in the first 3:23 of the second half.

“It means I’ve had a lot of great players and I should have won more games. That’s my fault.” — Curta on what 300 career coaching wins means