Young Lemont team dealing with struggles that come with inexperience

The growing pains of an inexperienced lineup will come and go for Lemont. The Indians started the season with back-to-back losses to Dunlap and La Salle-Peru, reeled off four wins in a row, then had a 59-51 setback Tuesday at Shepard. 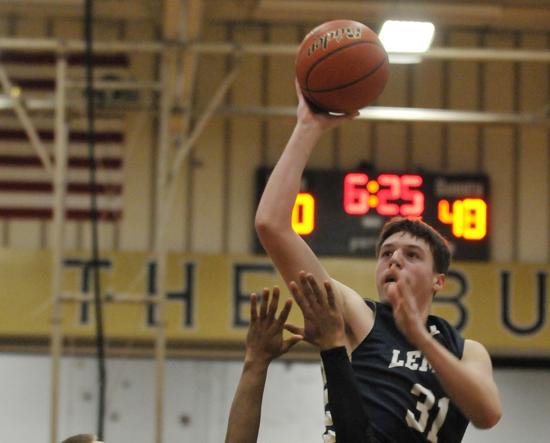 The growing pains of an inexperienced lineup will come and go for Lemont.

The Indians started the season with back-to-back losses to Dunlap and La Salle-Peru, reeled off four wins in a row, then had a 59-51 setback Tuesday at Shepard.

As a second-year starter, senior guard Mike Wisz is the exception rather than the rule this season for the Indians.

“We started out not the way we wanted to, but we haven’t played together that much at the varsity level,’’ Wisz said.

Lemont (4-3) climbed above .500 for the first time with a Dec. 3 victory at Lincoln-Way North, but not before the Indians’ 42-16 halftime lead dwindled to nine in the final quarter.

Lessons learned is the way coach Rick Runaas sees it in the big picture.

“Shot selection, when’s the right time to take certain shots,’’ Runaas said. “Defensively, we have to adapt to the way the game is being called. I call it ‘basketball IQ’. We need to continue to improve on that.’’

A last-second 52-51 loss Tuesday to Yorkville left Plainfield Central coach Steve Lamberti a bit frustrated after the Wildcats (1-4) blew a nine-point lead in the fourth quarter.

“We’ve got to look at ourselves in the mirror,’’ Lamberti said. “OK, what are we doing wrong? Where can we fix our mistakes and keep striving to do those things we do well.’’

One bright spot for now and the future is sophomore Justin Windt. The 6-foot-4 forward led Central with 17 points and seven rebounds against Yorkville.

“He’s got great instincts and athleticism,’’ Lamberti said. “For him it’s just recognizing the game around him. That’s hard for a young kid as things are flying by — where to go, when to do this, when to do that.’’

The combination of 6-8 center Nick Peters and guard Brennen Shetina has fueled Coal City to a 5-1 record this season, including 2-0 in the Interstate Eight.

“It’s been like that ever since we were growing up,’’ Shetina said. “Me and Nick have always clicked with each other.’’

They each scored 16 points Friday when Coal City opened its Interstate Eight schedule with a 52-39 win over Wilmington.