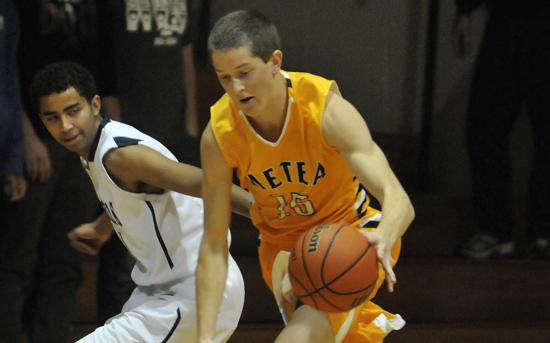 Metea Valley was able to slow one of the area’s breakout performers this season, West Chicago’s John Konchar, and rode the hot hand of Nick Dodson from the outside to earn its first Upstate Eight Valley win of the season.

After a three-point play from Konchar with 46 seconds left in the third quarter tied the game at 38-38, Metea’s Michael Sfikas hit a three-pointer at the end of the period to give the Mustangs (3-4, 1-2) the lead and they never trailed again.

“He’s obviously a high level player,” Metea coach Bob Vozza said of Konchar. “We had to do our best defensively. He still had 21 on us. I was proud of Nick Dodson, Marquell (Oliver) for shading him at times and the other guys for helping out, overall team defense.”