One season ago, Chicagoland Jewish got farther in the postseason than any team in program history. 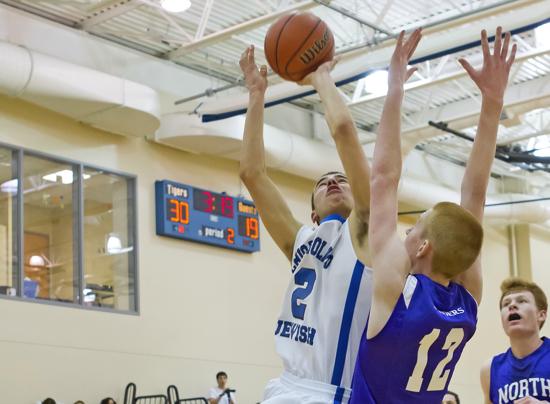 DEERFIELD — One season ago, the Chicagoland Jewish boy’s basketball team got farther in the postseason than any team in the program’s history.

If the Tigers are to make a repeat trip to a Class 1A sectional final, the main reason will be the continued growth of players who were key contributors in 2012-13. Last year, Chicagoland Jewish’s offense ran through Jake Newlander. Now that Newlander has graduated, the Tigers are more balanced.

“We retained our core. Some of the void left by the seniors [last year], the new seniors have taken over,” guard Avidan Halivni said.

Halivni is an example of a player who started last season but is evolving into a significant piece on this year’s roster. A 5-foot-11 senior, Halivni possesses an array of skills that can be utilized in any game.

“We call him our lineman. He does everything, but with not a lot of credit,” coach Marty Dello said. “If there are times we need him to score he will score. It’s us utilizing him to our strengths. The last game it was defense.”

On Dec. 19, Chicagoland Jewish hosted North Shore Country Day. In the first half, the Tigers needed Halivni to score. He did, pouring in 11 points.

Pressing against an inexperienced Raiders backcourt, the Tigers consistently created fast-break opportunities. Halivni showed off his quickness by darting to the rim and finishing layups in transition.

In the second quarter, he made the type of defensive play Dello has come to expect.

North Shore Country Day’s Jake Lesnick drove into the middle, only to have Halivni snatch the ball away. With nothing but open court in front of him, Halivni finished his theft with a coast-to-coast layup.

“He got to the middle and I shuffled over and I got my hands in the passing lane,” Halivni said. “That’s our bread and butter as a team. High pressure, high tempo. That’s how we make our money.”

Halivni’s steal was one of 28 turnovers forced by the Tigers. Their convincing 82-61 victory was a blueprint for how the team wants to play the rest of the season.

Chicagoland Jewish got scoring from Halivni (15 points) but also from senior Josh Silverman (19 points, including 3-of-4 shooting from three-point range). The Raiders got no closer than 10 points in the second half.

As the Tigers get deeper into their schedule — they still have games against Highland Park and Vernon Hills — they will need to duplicate the intensity that filled the gymnasium during last winter’s contests. This year’s players remember those games well, while understanding the importance of distinguishing this season’s journey.

“We try and emphasize last year as it was amazing,” senior guard Jeremy Goodman said. “But we aren’t going to live off that success. Expectations are different.”

Halivni added, “We got a taste of it, and the seniors can’t want to show the juniors what it’s like. We are focused and determined to finish the job.”