Best yet to come for on-the-rise Taft wrestling

When Mike Bakula took over Taft’s wrestling program eight years ago, it was in dismal shape. Now the Eagles are coming off back-to-back third-places in the Public League tournament and, with Bowen and Lane both in rebuilding mode, will be among the favorites at this year’s CPS meet. 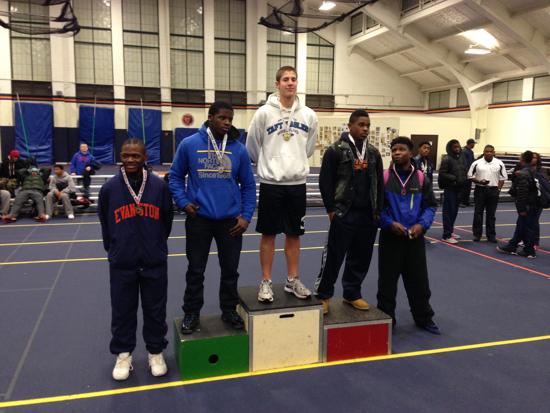 When Mike Bakula took over Taft’s wrestling program eight years ago, it was a stretch to even call it a program.

The Eagles had eight wrestlers — total. Bakula, an environmental science teacher at the school, wrestled in high school at Notre Dame but went on to play baseball at DePauw. He was looking to get back into wrestling and approached the previous head coach about being an assistant.

Instead, he wound up getting the top job and has written a Public League success story.

Today, Taft has enough wrestlers (63) to have three levels of the sport. The Eagles are 15-6 in duals against a schedule loaded with solid suburban programs such as Evanston and Maine South.

They’re coming off back-to-back third-place finishes in the Public League tournament and, with traditional powers Bowen (the defending champ) and Lane both in rebuilding mode, will be among the favorites at this year’s CPS meet.

“We’re very optimistic,” said Nico Gallo, who was one of Taft’s three city champs last season. “We’ve been training a long time for this.”

“I think it’s because of how he interacts with the guys,” Gallo said, citing his coach’s motivational skills. “[And] he is very good technically.”

Gallo is an exception to the rule for city wrestlers in general and Eagles in particular. He had four years’ experience in the sport when he arrived at the school. More often, Bakula is teaching basic moves to freshmen.

That’s true all over the city, where any number of schools have a good individual or two. But only Bowen and Lane have been able to maintain any sustained level of team success in recent years. Bakula’s goal is to get the Eagles into that group.

“It seems like we’re building,” Bakula said. “This is not a one-shot team, where I’m waiting for one group of guys to come through.”

As far as the Eagles have come, though, there’s still plenty of room to improve. Though records are hard to come by, Bakula doesn’t believe Taft has ever won its Public League section title, let alone the CPS crown. So there are two goals right there; to win the city, the Eagles would have to get past not just Bowen and Lane, but also Simeon, which beat them in a dual and also to win the Simeon Bragging Rights tournament.

It’s the result of hard work not just during the prep season, but also in summer freestyle tournaments and the age-group frosh-soph state tournaments.

And with the increased numbers come tougher workouts.

“It takes a while to get it rolling,” Bakula said.

But it looks like the Eagles are definitely on the move now.