It was a dream day for Minooka’s Zach Segatto, who rolled a 300 in Game 1 and never looked back, finishing with 1,503 pins to take the individual crown by 100 over Bremen’s Russell Deer at the Andrew Sectional. 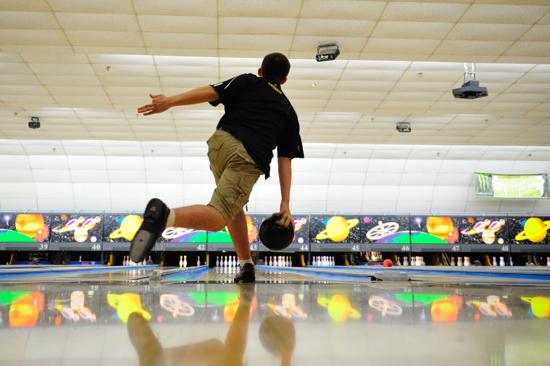 If Saturday’s duel between Minooka and Lockport at the Andrew Sectional was a sign of things to come at state, both teams have plenty to look forward to.

Putting up huge scores all day at Orland Bowl, the defending state champion Porters and Minooka – which finished fourth in the state last year – battled to the end, with Minooka rallying in the sixth and final game to claim the team title with 6,510 pins, 49 more than Lockport.

It was a dream day for Minooka’s Zach Segatto, who rolled a 300 in Game 1 and never looked back, finishing with 1,503 pins to take the individual crown by 100 over Bremen’s Russell Deer.

The Porters, who won state with an entire team of seniors last year and struggled early this season, appear to be peaking at the perfect time.

“It’s an unbelievable feeling,” Baer said. “Everyone told us we couldn’t do it this year, and here we are. We all grew up watching this team get to state, and now we’ve made it ourselves.”

Deer, who said he’d never before finished in the top two in a high school tournament, tossed a 279 and a 267 on his way to the runner-up finish.

“It’s an awesome feeling,” he said. “I did everything I wanted to today. I was able to make adjustments by watching other bowlers and it paid off.”

“In the past, any time a (Chicago Public League) team made it to state, everyone said it was because they were in an easy sectional,” Lawson said. “We had a chip on our shoulder and we wanted to prove we could compete with these teams.”