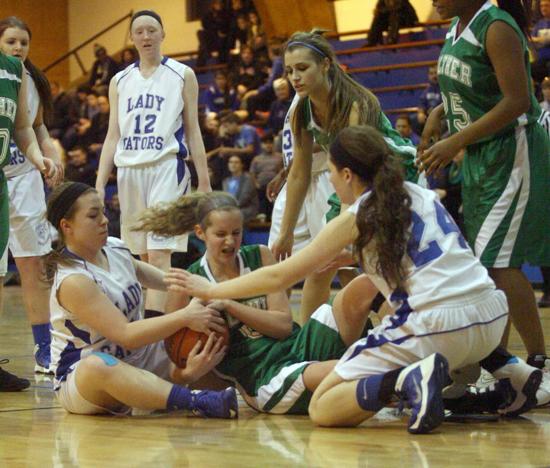 Guerin's 50-24 Suburban Christian Gold win over Walther Christian at home on Saturday was almost a carbon copy of the Gators' 44-25 victory over the Broncos on Dec. 7. Both contests saw Guerin start the game with a big run for a double-digit lead and both featured Becky Bartnicki dominating down low en route to recording a double-double.

Bartnicki, a 6-foot senior, finished the game with 14 points, 11 rebounds and two blocks as she shot 7-for-10 from the floor.

"It's good that we started strong but we have to keep our energy up in the second half to stay up. I just tried to go out hard, play strong and keep going." — Bartnicki