‘Winning state is everything’ for Tevin King, Providence-St. Mel

Providence-St. Mel faces Bloomington Central in a 2A semifinal at 8:15 p.m. Friday at Carver Arena in Peoria after falling to Seton in the supersectionals the last two seasons. 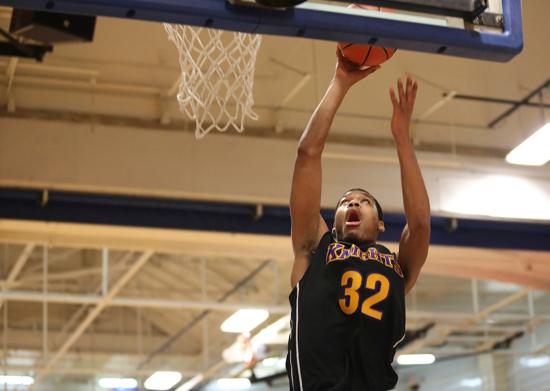 Providence-St. Mel’s Tevin King could see the state semifinals right in front of him, there for the taking.

The last two seasons the Knights had reached the 2A supersectionals, they fell to Seton at Joliet Central.

But with another shot at state, the last for King, the Knights pushed through the barrier and defeated Hales on Tuesday in the supersectional. St. Mel advanced to the state semifinals, the program’s first state appearance since the 2001-2002 season.

“This right here, it is complete joy, but it’s not finished,” King said. “Making it here a third time, we wanted it to be ‘third time is the charm.’ I want to end my career on a great note. Winning state is everything.”

Providence coach Tim Ervin didn’t see his team waver after the back-to-back supersectional losses. If anything, the Knights saw the writing on the wall.

“The players bought into what we were coaching,” Ervin said. “All of the guys bought in. We execute. We say what we want to run, and then we run it. These guys do a great job listening and executing.”

But it’s not about piling up the points, according to King. It’s about a team with a strong mix of veterans and underclassmen working together, and it all starts at practice.

In Blooming Central, the Knights will face a team that relies heavily on three-point shooting. The Saints pack quite the one-two offensive punch in senior guard Nick Norton (17.5 points, 62 three-pointers) and Jake Reinhart (16.3 points, 65 three-pointers).

Bloomington Central has shot 208-for-524 as a team from three-point range.

“We have to have laser-like focus,” Lilly Jr. said. “We have to stay humble, but be hungry at the same time. If we believe in each other, do what we’ve done all season, we should take first place. That’s the goal.”