After Mooseheart won the Class 1A Serena Sectional final, its coach was complimentary of the opponent. 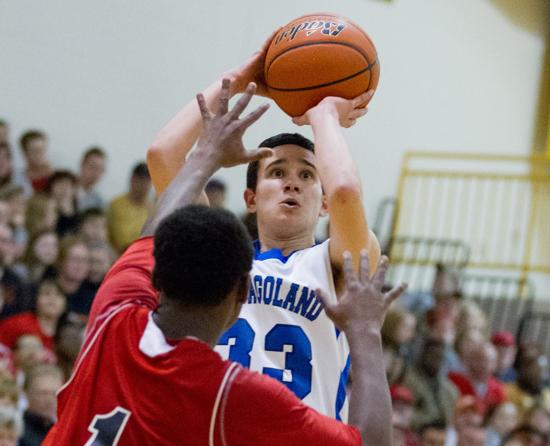 DEERFIELD — After Mooseheart won the Class 1A Serena Sectional final, its coach was complimentary of the opponent.

“We focused all year on wanting to play Chicagoland Jewish. We wanted to play them. There was no motivation I had to give,” coach Ron Ahrens told the Beacon-News.

The fact the coach of a sectional-winning team would reference the Tigers as providing season-long fuel for a postseason run says a lot about the state of Chicagoland Jewish’s program.

For the second year in a row, the Tigers lost in the sectional championship, losing 50-35 to Mooseheart March 8. As they were against Newark a year ago, they were undersized, this year unable to combat the Red Raiders’ trio of 6-foot-7 Mangisto Deng, 6-10 Makur Puou and 7-1 Akim Nyang. But back-to-back regional championships and 37 victories over two seasons have widened the school’s basketball footprint, all significant accomplishments for a senior class that had nine players on the roster.

“All senior classes at [Chicagoland Jewish] are special, but this one has a little edge as they were sophomores when I got here,” three-year coach Marty Dello said. “All have had an impact in our success in different ways than others.”

One, Jeremy Goodman, had a knack for buzzer-beaters. Three times this season, he hit game-winning shots. None was more memorable than his cross-court dribble drive and 12-footer that beat Westminster Christian 44-43 in the sectional semifinals March 4.

“That was amazing. All basketball players imagine the last second shot in a big game and it went in,” Goodman said. “That game will always stick with me.”

Goodman said the sting of the Mooseheart loss is relieved with perspective. Granted time to reflect, he is appreciating his class’s legacy.

“Two years in a row, we’ve gone farther than any [Chicagoland Jewish team] has gone,” Goodman said. “The body of work is impressive, the change of culture and expectation of winning regionals instead of hope. It’s great to get the banners up in the gym.”

Newlander is already looking ahead, but not before looking back.

“One of the great things about our team was regardless of where you were on the bench or on the court, everyone was hungry for improvement,” Newlander said. “Even some of the juniors who didn’t play, they have a good work ethic inscribed into them.

“We are one of the hardest-working teams in the North Shore area. Teams are desperate to beat us. They’ve heard of [Chicagoland Jewish] now.”