To hit or not to hit — during summer football workouts — is the question facing Illinois High School Association member schools this month. Aurora-area coaches discuss their view on the topic. 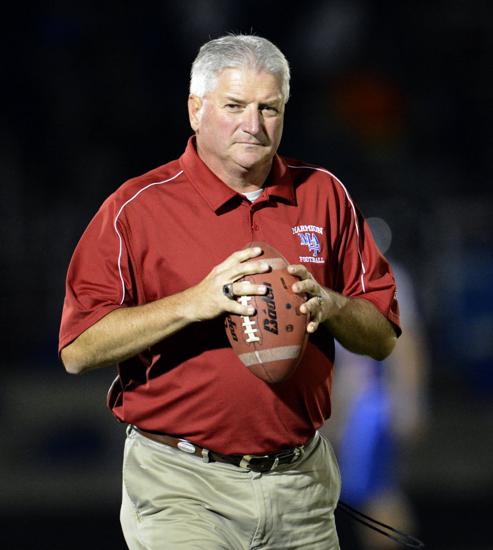 To hit or not to hit — during summer football workouts — that is the question facing Illinois High School Association member schools this month.

Each school has until April 18 to vote on a by-law change that, if passed, would prohibit players from dressing in full pads or taking part in “full contact” drills at game speed with tackling to the ground during the 25-day summer contact period coaches are allowed in Illinois.

The measure was sent to the full membership last week by the IHSA’s Legislative Commission. The results of the vote will be announced April.

Under the proposed bylaw, teams will be allowed to continue to take part in 7-on-7 passing games and conduct drills with limited contact in helmets and shoulder pads during the summer.

“I don’t see it being a big issue,” West Aurora coach Nate Eimer said. “Have we used the contact (in the summer)? Sure. Could we go without it? Sure.”

In fact, Eimer said he couldn’t be sure, but his team may have foregone having even one full contact workout last summer in full pads due to the heat.

Opinions on the proposal among area coaches polled by the Beacon-News were mixed.

Aurora Central’s Brian Casey would vote against it, but noted it has been his practice to go full contact in the summer only on a limited basis after building up to it.

“I understand what they’re after — they want to make the game safer,” he said, but worries that some players and coaches will look at the first day of hitting allowed in preseason camp in August as “a renewal of the royal rumble or New Year’s” and take things too far.

Allowed contact levels under the proposal would include air (none), bags (activity against a bag, shield or pad), wrap (full-speed drills with contact above the waist and players remaining on their feet) and thud (same as wrap, with no pre-determined winner and no tackling to the ground).

“You’re in a gray area,” said East Aurora coach Kurt Becker, who played in the NFL, most notably with the Bears. “What’s the difference between a ‘thud’ and a ‘hit’? It’s gonna be hard to regulate.

“My first year, we had more full-pad practices because we had to put the uniform on and find out what we had. Last year we didn’t have as many. Too many and you wear your kids out.”

He would prefer a change in schedule that now requires a two-week break between the end of the 25-day summer workouts and beginning of fall preseason camp.

“You can lose a lot in those two weeks, your continuity and flow,” he said.

Marmion’s Dan Thorpe belives the vote won’t change anything for him.

“Here, we’ve never had full pads in June and July,” he said. “I personally don’t feel you need to be full go in June or July. Even when I coached in Ohio, I never did. I never wanted to risk having kids get burned out or beat up.

“I follow the Bill Walsh plan of the 1980s. [He] didn’t have any full contact in practice once the season started. I still think you can teach technique and safety without taking kids to the ground.”