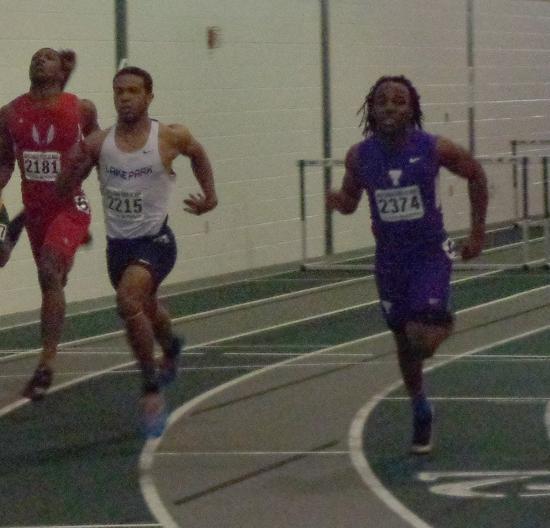 BLOOMINGTON, Ill. -- Jordan Duncan ran pretty much a perfect race Saturday -- until it was over.

After winning the Class 3A 200 meters at the Top Times Indoor Championship, the St. Charles East senior ran into a set of blocks beyond the finish line and tumbled head over heels.

“That was a surprise,” said Duncan, who was wearing an ice pack on his left leg afterward but was otherwise none the worse for wear. “I was like, ‘Wow.’”

That was also pretty much his reaction to running a state indoor season best of 22.16 seconds.

“I thought I was supposed to get a 22.4,” he said. “I’ve worked so hard. I’ve been running for the past seven years and it’s finally paying off.”

“I thought the time was good today,” Hunt said. “(But) I want to get better.”

“It’s just the way I like to run,” he said of taking the pace out fast. “I don’t want to get stuck in a group and have to fight for a spot.”