Disabato: Best in Illinois baseball? Look no further than the Catholic League Blue

Mount Carmel, St. Rita, St. Laurence, Providence and Brother Rice were a combined 29-4 through Tuesday. Rice didn’t make the preseason Top 10 but is knocking on the door. 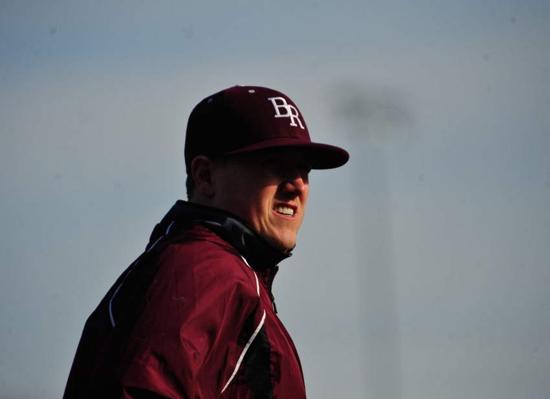 I know it’s early in the baseball season.

I also know that many teams have yet to play more than a handful of games — thank you very much, Mother Nature.

But I’m willing to go out on a limb here and proclaim the Catholic League Blue the best baseball conference in the state.

This isn’t a total shocker. The preseason rankings hinted at that very notion — four Blue teams were in the SouthtownStar Top 10: No. 1 Mount Carmel, No. 2 St. Rita, No. 4 St. Laurence and No. 8 Providence.

The proof, however, is in the pudding.

“Our conference is strong every year,” Mount Carmel coach Brian Hurry said. “We knew that going in.”

Strong is one thing. Resembling Hercules is quite another.

Before I’m accused of being biased toward the Catholic Blue, I’d like to point out that five of the 10 teams in our preseason poll were public school teams: Sandburg, Lemont, Lincoln-Way North, Homewood-Flossmoor and Rich Central. Joliet Catholic, which competes in the East Suburban Catholic, rounded out the Preseason Top 10.

The SouthWest Suburban Blue and Red divisions are very good and I expect them to be very competitive.

However, top to bottom, no one flaunts the talent level of the Catholic Blue which, it’s worth noting, includes Loyola.

“I think the conference, from top to bottom, is the strongest its been,” St. Rita coach Mike Zunica said. “There’s a lot of balance. I think on any given day all the teams can beat one another. There’s not a weak team. It should make for exciting baseball.”

Mount Carmel and St. Rita each have six players committed to Division I college programs, while St. Laurence has four. The commits include pitchers, catchers and position players. In other words, there is considerable talent spread around the field. There’s also a great number of Division II-bound recruits on each team, further deepening the talent pool.

Providence and Brother Rice don’t yet boast the quantity of D-I prospects as their Blue counterparts, but the Celtics have the area’s top prospect in pitcher Jake Godfrey, a flame-throwing LSU recruit, and Rice has sophomore infielder, Mike Massey, already committed to Illinois.

“The summer programs give the kids a lot of exposure and the high schools further develop the talent,” Rice coach Johnny McCarthy said. “It’s great for the schools and great for the league. It definitely makes for competitive games. You can’t overlook anyone on the schedule, that’s for sure.”

You may be wondering, with the weather being so crummy, how did Catholic Blue teams play so many games? Chalk it up to smart preseason planning and the willingness to pay to play.

“We started looking about three weeks ago at the different possibilities,” Hurry said of other locations. “We were pro-active. Chicago State accommodated us early.”

The good news? Most local fields have become playable. It’s amazing what a few days of sunshine, wind and warmth can do.

“Our field is ready to go now, but we’ll be playing three games in South Carolina this week,” Zunica said. “We’re down one game from what he scheduled at this point. We’ll get that game back at some point.”