News and notes from the Southland area, including Bremen building off of its loses to area powers. 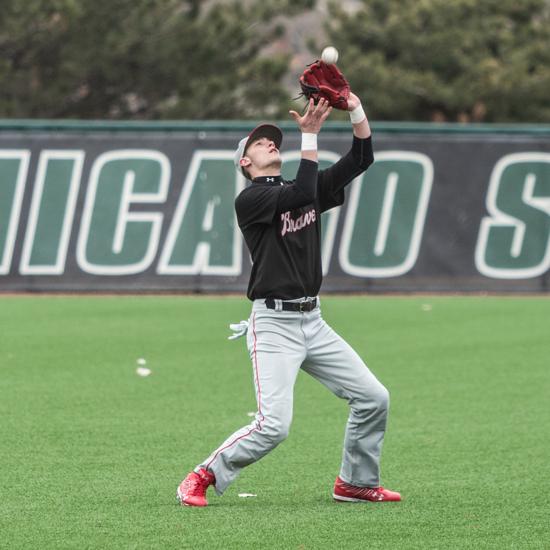 Bremen dropped a doubleheader to Mount Carmel, as well as single games to Homewood-Flossmoor and Oak Forest.

Braves coach Mike Cline insisted, however, those losses will have a positive impact as the season progresses.

“We’ve played a tough schedule and it’s going to pay dividends,” Cline said. “We’ve been in most games. We’ll get better because of the competition we’re playing. I love our team.”

The Braves boast three solid arms in Sean Grant, Tyler Banovich and Bret Kolacki. If freshman Mike Fuentes continues to develop, Cline might have himself a bona fide ace the next three seasons. Fuentes hovers around 80 mph and has good off-speed stuff.

“Mike’s learning,” Cline said. “He doesn’t look like a freshman out there.”

Beyond Banovich and Grant, the Braves have some thunder in their batting order, with Kyle Ramos, Nick Strache and Ryan Lynch, among others.

“We’re excited about what we can accomplish this season,” Cline said. “We have a good mix of seniors and juniors. We can cause some problems on the basepaths for opponents.”

Homewood-Flossmoor was dealt a serious blow when senior Quincy Jones was ruled out for the season because of a torn labrum. Jones had the potential to alter the game with his bat, glove, legs and arm.

“It gives some other guys an opportunity to step up,” H-F coach Todd Sippel said.

Zach Taylor has done his best to fill the void, providing the Vikings with a nice spark offensively.

H-F has some pop on offense, led by juniors Jesse Forestell and James Sheehan and sophomore Bryce Gray. Another junior, Jeremy Orbik, anchors a pitching staff that includes Sheehan, Isaac Cutrara and Jameson Lamb. If the Vikings are going to live up to expectations, the senior class must perform to its potential.

“We have high expectations for this group,” Sippel said. “We’ve struggled with the bats some, but I’m confident they’ll come around.”

Mark Martin, of Evergreen Park, is the SouthtownStar Baseball Player of the Week.

Martin, a junior shortstop, hit two grand slams and drove in eight runs during a 16-6 win over Peotone. He was 6-for-13 for the week.