Pat Disabato breaks down three things you should know about area baseball. 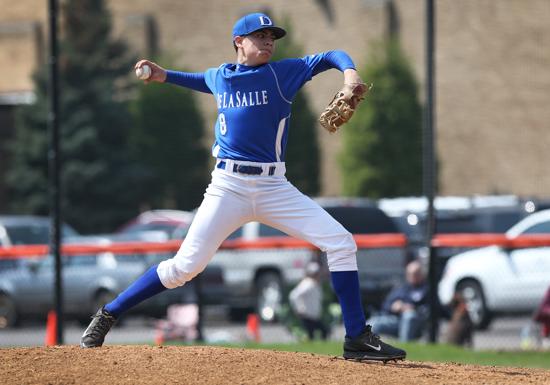 Sandburg's Big Three dominant. Sean Leland, Bryan Pall and Matthias Dietz allowed a total of two runs during three games last week. Despite the pitching dominance, the Eagles failed to register the sweep. Leland and Pall guided Sandburg to wins of 8-1 and 8-0, respectively, over H-F, while Dietz suffered a 1-0 loss to Lemont on Friday.

Brother Rice can't be overlooked in Blue. While many expect Mount Carmel, St. Rita, St. Laurence and Providence to slug it out for the top spot in the Catholic Blue, don't underestimate Brother Rice. The Crusaders don't possess a flame-thrower in their starting rotation, but do boast a foursome that knows how to pitch in Mike Enriquez, Brian Musielak, Ian McGinnis and Ryan Kutt. They also have a fearless closer in Kevin Biondic.