Kevin McGavin lists three things we should know about Aurora-area boys track after another week of action, including East Aurora’s recent dominance in the 3,200. 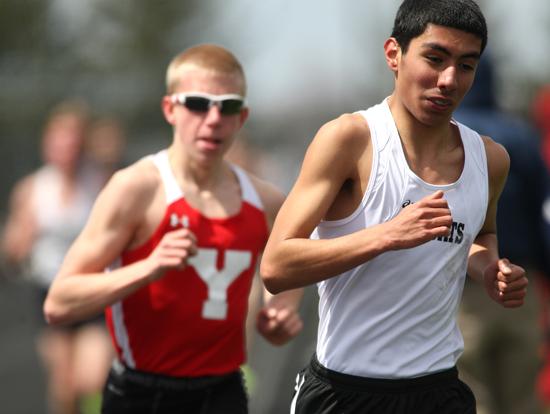 2. D’Amico eyes school record. Geneva senior Jason D’Amico is hovering around an automatic bid to the state meet in the discus after winning the Vikings’ invitational last weekend with a throw of 151 feet, 10 inches. “I’m going after the school record,” said D’Amico, who also won the shot put. Justin Toarmina led a 1-2 Geneva finish in the long jump with a mark of 21 feet even. Burlington Central edged the Vikings for the team title in the last event.

3. Chavez falls at wire. West Aurora senior Joe Chavez was tantalizingly close to denying Dan Lathrop a second title at the Blackhawks’ invitational last week. Chavez set a new personal record of 4 minutes, 27.88 seconds in the open 1,600 run, only to fall by less than two-tenths of a second to the Illinois-bound star from Plainfield South.