Wheaton North’s 6-3 win over South Elgin on Thursday was built on exceptional defense and an 11-5 edge in hits. 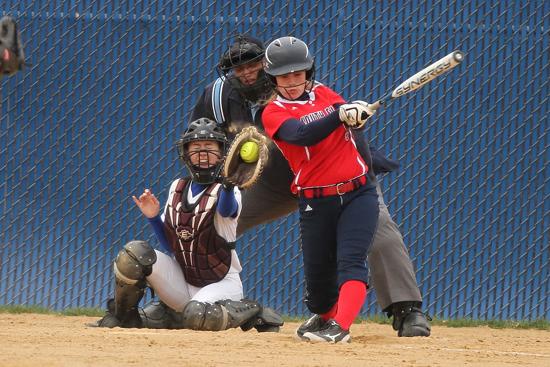 After Wheaton North shortstop Kelly Thornton made a leaping grab of a line drive to end Thursday’s game, all South Elgin coach Stephanie Katzenberger could do was shake her head.

“They had at least four web gems,” Katzenberger said.

North’s 6-3 win over South Elgin was built on exceptional defense and an 11-5 edge in hits. The nonconference game was tied 3-3 after four innings before the Falcons loaded the bases in the fifth on three consecutive hits and then got an RBI from both Hadley Pfalzgraf and Hannah McCarthy.

Host Wheaton North (3-13) scored a final run in the sixth on an RBI single from Rosie Crane before pitcher Jessalyn Kieta kept the door shut on South Elgin (8-7) to end the game.

“Today we made good contact and hopefully we can continue to do that,” Craine said. “This was probably our best day of hitting overall. Everyone was hitting.”

Center fielder Craine led with three hits and charged in to make a fine sliding catch to get the first out in the seventh. Thornton’s game-ending grab at short was her second defensive gem and Olivia Duguay also made a fine catch in left field for North.

“It’s exciting to see my team picking each other up and helping each other out and making those plays that are critical,” said Kieta, who mixed up her pitches and changed speeds well throughout.

North led 2-0 after two innings when Duguay and Madison Roskuszka each singled, then scored on an RBI single from Pfalzgraf and a ground ball that scored a run by McCarthy.

South Elgin tied the game 2-2 in the third on a two-RBI single from Sam Helton that scored Cassidy Westlund and Alyssa Buddle. Bree Zbilski singled and later scored on a grounder to give North a 3-2 lead.

South Elgin plated its final run in the fourth on a grounder from Mallory Mecklenburg that scored Demi Queen, but Kieta held the Storm to a single hit in the final three innings.

This year, South Elgin’s hitting has been hot and cold, but that’s not what left Katzenberger perplexed.

“We gave up three unearned runs,” Katzenberger said. “And that’s not my team. If we’re not going to win, it’s usually because we’re not hitting.”

“We’ve been working really hard but we’ve been struggling at the plate,” Soraghan said. “These last two games they’ve been more relaxed and have been putting the bat on the ball. I can’t really complain about anything today.”