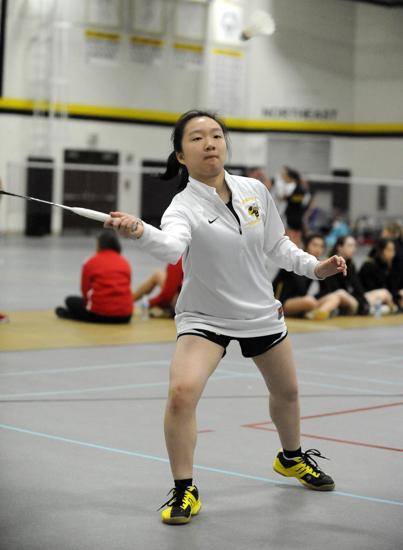 Yang beat Ma previously in the championship of the Naperville Central tournament April 12.

"I needed to learn how to focus. From when I played her last, there was too much distraction," Yang said. "This time I was very focused. I did much better than before."

Yang has suffered only three losses this season, while two of Ma's four losses have come against Yang.

"I definitely know what to work on in terms of skills," Ma said. "We play differently. This is definitely one way I have learned new things to improve on in my skills. You get a workout [playing Yang]. This tells me what I need to work on. I hope I get to play her again."

"This was awesome," Caporusso said. "We really came along in this tournament after the team kind of started slow. This was our breakthrough."

"During our practices, we are a lot more friendly," Walsh said about playing teammates. "We do everything in practice to make each other better."