Crete-Monee and Rich Central were in the middle of a pitchers' duel before darkness suspended the contest, with the score tied 2-2. 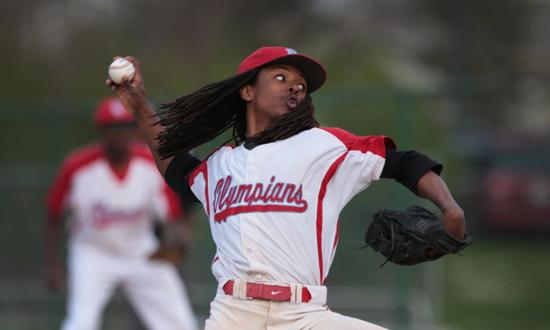 Crete-Monee and Rich Central will have to settle the score from Tuesday's Southland Conference thriller on another day.

With the score tied 2-2 after eight innings, the game was called due to darkness. The two teams were already scheduled to square off again on Thursday in Crete, but it wasn't determined when Tuesday's game will be completed.

"I wish we could have finished it up today," Rich Central coach Corey Stallings said. "We'll talk more tomorrow (Wednesday) and see when we can finish this up."

Rich Central starter Justin Freeman took a 1-0 lead into the seventh inning. However, a fielding error to start the seventh allowed Logan Kent to reach base. Brandon Hannigan followed with a double into the left-center field gap, putting runners at second and third with no outs.

"All I was trying to do was get a hit," Hannigan said. "I struck out the first two times so I wasn't going to let another strike go by. If it was in the strike zone, I was going to hit it."

Crete-Monee coach Gene Cahan called on Brandon Hickey to preserve the lead in the seventh. Hickey, however, walked Quentin Jones to start the inning and with two outs, hit Nick Norris-Pace with a pitch. David Dugger then lined a single to right field, scoring Jones with the tying run and when right fielder Brandon Howard had trouble coming up with the ball, Norris-Pace was waved home. Howard, however, fired a perfect one-hop throw to the plate to nail Norris-Pace and end the inning.

"I had to send him," Stallings said. "The kid made a perfect throw." Both teams had chances to end the game in the eighth inning. Crete-Monee's General McArthur led off the inning with a single, but was stranded on third base.

The Olympians (9-4, 4-2) put two runners on with one out in their half of the eighth, but failed to come up with the clutch hit.

Rich Central jumped out to a 1-0 lead in the first inning. Kevin Givhan coaxed a lead-off walk, advanced to third base on a one-out double by Dugger and scored on a sacrifice fly by Michael Hoover.

Other than that, Sonntag stymied the Olympians offense. The sophomore left-hander didn't allow a hit over the next five innings. He walked four and struck out three.