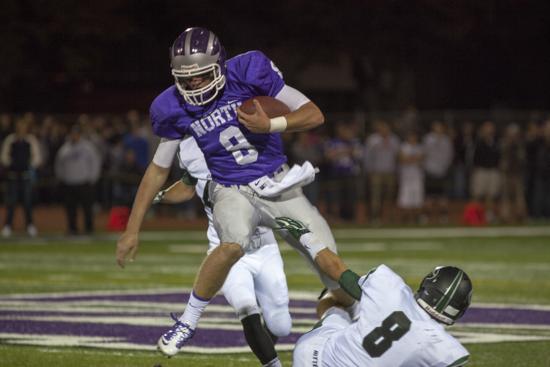 Edwards is 6-6, 225 pounds and has other offers from Illinois, Indiana, Wisconsin, Iowa and more.

"All of the coaches from Iowa State that are recruiting me seem like genuine guys," Edwards said. "Their new facilities look pretty nice. And playing Big 12 football would be cool. I also like head coach Paul Rhoads.”

Edwards is a tricky prospect to project because his size would allow him to play tight end or on the line, but his high school position is quarterback. Apparently, Iowa State hasn't quite decided what position he fits in at either.

"They said they don't know where they like me," Edwards said.

Scout.com three-star defensive back Antonio Shenault of Lake Park was the other area prospect to add an oferf from the Cyclones.

"I was very excited," Shenault said. "Not only does the offer give me a chance to play BCS football, but an opportunity to play in the Big 12, which is a well respected football conference.”

The offer was Shenault’s first from the Big 12, he added additional offers in the past several days from Buffalo, Miami Ohio, and Eastern Michigan.

Crete junior defensive athlete Omari Stringer added offers from Minnesota and Missouri. Stringer had offers from Northern Illinois, Toledo, and Western Michigan when the Tigers added their name to his list.

“It was amazing getting the offer from Missouri, this just blew me out of the water," Stringer said."I like everything about them, I like their winning tradition, and their great history. I like their will to win, and of course their jerseys are sick.”

The 6-3, 180-pound prospect was excited about his scholarship offer from Minnesota.

"I'm pumped about Minnesota. It's a Big Ten school and a winning program. I like they played in a bowl game for consecutive years.”

"I was excited, just a sense of relief," Stringer said. "But I also know that it isn't a stopping point, I have to get better everyday.”

Overall, Stringer is a long, rangy prospect, who has received attention at several different positions during the recruiting process. He has played everywhere from defensive end to defensive back for the Warriors, and projects at a defensive back or linebacker at the collegiate level. Throughout the rest of the week, Stringer added additional offers from Bowling Green and Eastern Michigan.

"I thought it was great because I really like NC State," Shutack said. "Especially when I was there visiting. They've been recruiting me for a while now. I know most of the staff is from Northern Illinois, and they were very successful there."

Shutack, who is 6-6, 275 pounds, previously visited the Wolfpack and got a good vibe when he was in town.

"I really liked Raleigh because it seemed like there was always something going on," Shutack said.