Hinsdale Central turns to Dan Hartman, who spent three years at Evergreen Park and led the team to the Class 4A semifinals in 2012. 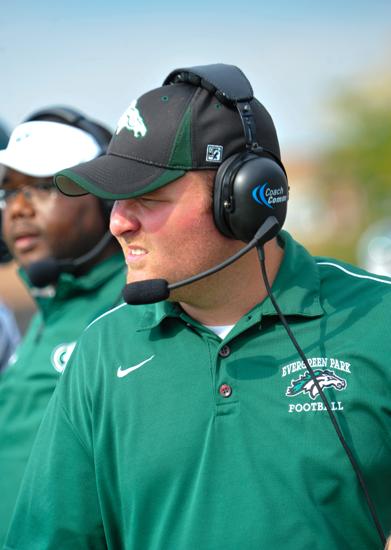 He becomes the second football coach from Evergreen Park to take over a program in Hinsdale Township High School District 86. Hartman had replaced Mike Barry three years ago when Barry left Evergreen Park after three years to become head coach at Hinsdale South.

Although Hartman never served on Barry’s staff, Hartman consulted with him about coaching and teaching in District 86. Hartman also was approved as a social studies teacher at Hinsdale Central during a special school board meeting.

“I talked to coach Barry through a couple of people in the process and he had nothing but good things to say about the district, both South and the parents and community at Central,” Hartman said. “He said it is a great place to work.”

Hartman went 27-9 in three years at Evergreen Park and led the Mustangs (10-1) to the South Suburban Red title last season. In 2012, Evergreen Park finished 9-4 and reached the Class 4A semifinals.

“Dan impressed our football committee and our teachers committee,” Hinsdale Central athletic director Dan Jones said. “We are very excited to have him on board.”

Hartman was raised in Lawrenceburg, Ind., near Cincinnati and played wide receiver at Thomas More College in Crestview Hills, Ky.

“First thing you notice about the style we play is that we play a fast, uptempo style on offense and defense,” Hartman said.

Hartman, 30, becomes the fourth coach at Hinsdale Central since 2004. He follows Rich Tarka, who was dismissed after his teams went 18-12 in his three years with the Devils. Hinsdale Central finished 5-5 last season, capped by a loss to Oswego in the first round of the Class 8A playoffs.