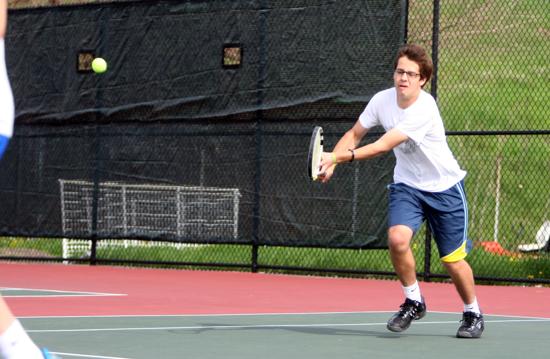 The winner got to play No. 1 singles against Loyola, while the loser would play No. 2 singles.

“They’ve been playing doubles all year and this was their one opportunity to get a little bit of singles in before we head into conference and then sectionals the week after,” Vernon Hills coach Doug Gerber said.

Gerber said Dobrik and Lunkov are better as a duo. They’ve played together all year and have only lost twice. They communicate well and aren’t afraid to get creative. In a No. 1 doubles win against Niles North that was decided in a tiebreaker, they played in a rarely seen Australian formation.

“Even though they’re down in that third set super, they’ll do what they think they need to do in order to switch things up,” Gerber said.