It was the end of her junior season, and Lincoln-Way Central’s Jana Mudrock briefly talked with her coach Liz Karales. A state-qualifying doubles player for two straight seasons, Mudrock was about to switch things up. 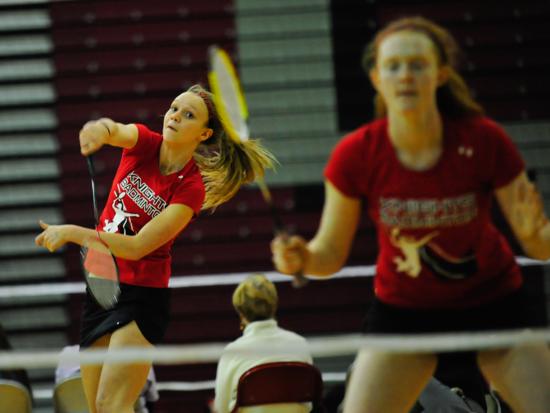 It was the end of her junior season, and Lincoln-Way Central’s Jana Mudrock briefly talked with her coach Liz Karales.

A state-qualifying doubles player for two straight seasons, Mudrock was about to switch things up.

“We talked about it some last year knowing my partner was going to graduate,” Mudrock said. “We had known for a while that my senior year would be a singles year for me.”

After winning Central’s sectional meet last week, Mudrock heads to the state tournament as one of the top-seeded players in the state.

The two-day singles and doubles tournament begins Friday in Charleston. Mudrock, the No. 7 seed, opens vs. DeKalb’s Emily Roelfsema.

For Mudrock, a year’s worth of work hopefully will pay off in a big way. In the offseason, she devoted herself to a heavy workload of conditioning and weightlifting to prep for the singles side.

With no partner to work with, there’s far more ground to cover, and Mudrock intended to be ready.

“Being in shape is a lot more important, so I focused on logging a lot more miles, running a lot faster and longer to build up that endurance for this season,” Mudrock said. “Mostly that, but then weights too, more than I did last season.”

With one of the area’s strongest teams around her, Mudrock hit the ground running.

In winning the SouthWest Suburban Red’s singles title, she helped Lincoln-Way Central to a second-place team finish. A week later, Mudrock rolled through the sectional, beating her friend and rival from Sandburg, Ashley Godawski (the No. 8 seed at state), in a back-and-forth three-set win.

“It’s been crazy all season with a lot of hard work,” Mudrock said. “I think I’ve made the transition smoothly, and I’m very excited to go ahead with this.

“Ultimately, placing would be awesome, but I don’t want to jinx anything. That’s my ultimate goal, to place on Saturday.”