Tony Smith will return to the Homewood-Flossmoor bench next season after the District 233 school board reversed an April decision not to extend Smith a teaching contract for the 2014-15 school year on Tuesday. 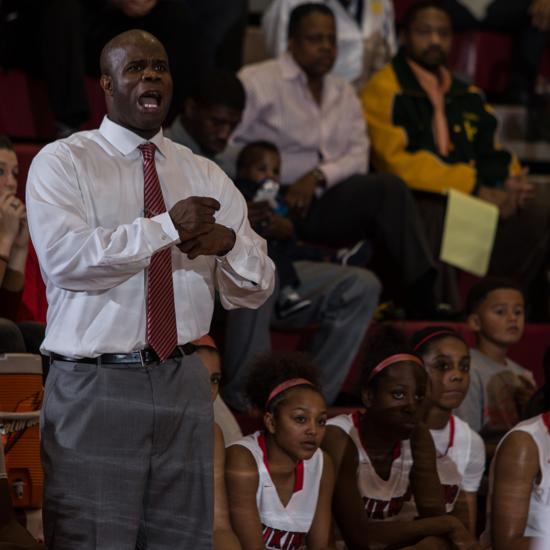 Tony Smith will return as the head girls basketball coach as well as a health and driver’s education teacher at Homewood-Flossmoor, it was confirmed Wednesday by Jodi Bryant, the director of human resources and public relations at the school.

Tuesday night, the District 233 school board reversed an April decision not to extend Smith a teaching contract for the 2014-15 school year.

"It was a very difficult decision to make," Bryant said. "There are so many different perspectives and so many different components to this issue. It's very hard to explain to someone not in the middle of it. There are a lot of moving parts, and a lot of things because it's personnel that can't be discussed.

"We tried to make the decision that we felt was the best. We know it's not going to be the best decision for everybody, but it's what we feel is the best for our students right now.”

The decision was well-received in the Smith camp, although Smith will not make a public statement until his contract is signed, according to his lawyer, Patrick Mayerbock.

"The focus at this point is, obviously, that it's good news that Tony has been reinstated both as girls basketball coach and as a teacher,” Mayerbock, said Wednesday. “Tony feels that he has unfinished business and he is looking forward to finishing what he started, and that's leading a championship basketball team.

"At this point we're still waiting for the formalities of the contract to be (completed). We're looking to get the process finalized. And when it's final, that's when Tony can focus on bigger and better things."

The decision brings full circle a year-long saga which began with Smith coming over to H-F from Bolingbrook, where he produced four state titles and nine consecutive sectional champions.

The arrival of six transfer students – four from Bolingbrook – led to allegations of illegal recruiting and eventually a lawsuit filed against H-F by one of the players asking for Smith’s dismissal and the girls’ removal from the team.

H-F completed its regular season at 21-2, but saw all of the wins negated on Feb. 19 after a self-report turned into the IHSA by the school revealed participation violations within the girls program by Smith and the players.

Smith was indefinitely suspended by the IHSA pending further developments. In late March, the  lawsuit against the school was dropped, with the player’s lawyer stating that it would be too costly and time-consuming to pursue.

The 4-3 vote not to extend Smith’s teaching contract at H-F came just a week before the IHSA restored Smith’s eligibility to coach on April 22. His reinstatement cleared the way for the District 233 school board to consider bringing him back, a statement released by the school indicated.

"Say what you're going to stay about Tony and all of (what)  happened, when it comes down to it and you're in the gym and you're watching Tony coach, he brings a level of intensity and passion out of those girls that not everybody can do,” Bryant said.

“He's a very gifted coach. He's very talented. It goes beyond the basketball court. He's there developing not just basketball players, but young women. And he does a very good job of it."