First-year Brother Rice boys water polo coach Tony Cichowicz understands if people may be a bit skeptical about his team participating in this weekend’s state tournament at Stevenson. 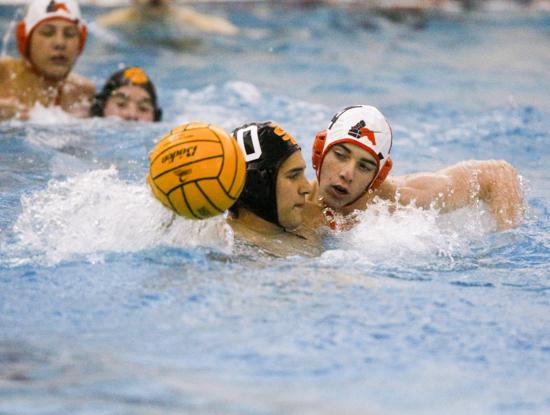 First-year Brother Rice boys water polo coach Tony Cichowicz understands if people may be a bit skeptical about his team participating in this weekend’s state tournament at Stevenson.

“I don’t think anybody really expected us,” Cichowicz said. “I’m sure there is a lot of talk going around. What is Brother Rice doing here with an 11-18 record?”

The record certainly stands out among the eight-team field, but the Crusaders got hot at the right time at the Stagg Sectional last week and crashed the party.

Now, records are meaningless, and the Crusaders are in search of their first state trophy since 2007 and first state title since 2003.

“We started out with a rough season, and it’s ending on a high note,” senior co-captain Dan Whalen said. “Things just started clicking toward the end of the season. We all like being the underdog. Hopefully we can shock some people.”

Rice plays in Thursday’s 7 p.m. quarterfinal against the hosts from Stevenson, a team the Crusaders lost to 15-5 in the week prior to sectionals. That loss triggered a four-game losing streak heading into the postseason. The 8-18 record earned them a number four seed at the Stagg Sectional.

Brother Rice set the tone for the sectional title with a 24-6 win over Shepard. Then Friday, against top-seeded Curie, Dan Birmingham’s late goal gave the Crusaders a shocking 10-9 win, and the confidence that they had turned their season around.

“The guys didn’t want to stop there,” Cichowicz said. “They wanted to go to state.”

A big early lead against Stagg in the finals led to a 12-10 win and a return trip to state for the second straight year.

“The feeling was almost indescribable,” Whalen said. “Everybody on the team was happy that we could finally upset some teams. Every team in this tournament is beatable. We just had to go out fighting, give it our all.”

In practice the week leading up to sectionals, Cichowicz and his coaching staff went back to the drawing board. Six of his team’s losses came by one goal.

“We lost so many close games, we had to look at how they were beating us,” Cichowicz said. “We came up with some different plays and they worked well. The guys were just determined to win.”

Now the Crusaders are the clear underdog in a state tournament field that features the top five teams in the illpolo.com state rankings, but they are in the mix.

“It was a roller coaster ride all season,” Cichowicz said. “I didn’t know what team we were getting every night. It worked out. They finally have their goals set. You couldn’t ask for anything bigger than this for a first-year coach. I’m happy for the guys. I can’t wait to see what they can do.”