Jim McLaughlin is stepping down after 24 years as a coach, nine as the head man at H-F. 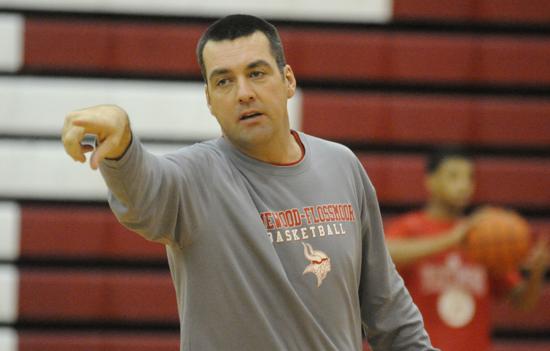 Jim McLaughlin is stepping down after nine years as head boys basketball coach at Homewood-Flossmoor. He will continue to teach at the school.

"I'm going to semi-retire a bit until my youngest guy moves on," McLaughlin said. "I still think I have coaching in me, it’s a huge part of my life. I have four kids, incredible wife. My eight and 12-year-old are really into sports and activities. So it’s really for my family. It’s tough having four kids to begin with and with all the responsibilities that go into running this program it's a lot."

McLaughlin began his coaching career at Curie. He was an assistant his first season and then head coach for four years, leading the Condors to a 77-41 record. He took an unknown Blue Division program and led it into the Red in his first season.

"One of the highlights of my career was we actually beat King at King," said McLaughlin. "That hadn't happened in a long time and really made people start to notice Curie."

McLaughlin then followed Roy Condotti to Homewood-Flossmoor. He was Condotti's assistant for 10 years before taking the reins. McLaughlin finished 201-62 in nine years as head coach. The Vikings won eight conference titles, eight regionals and advanced to the sweet sixteen twice in his tenure.

McLaughlin acknowledged that the drama surrounding Homewood-Flossmoor's athletic program took a toll on him last season.

"I think that’s gonna wear down anybody," said McLaughlin. "That’s part of the coaching business, you have to take the good with the bad."

McLaughlin isn't sure who is going to take over the program.

"I really hope they hire one of my assistants," said McLaughlin. "Marc Condotti is a tremendous basketball coach and he’s been with the program for nine years."

McLaughlin's best team was the 2006 Vikings that advanced to the supersectional, led by Andre Walker and Sun-Times Player of the Year Kevin Dillard.

"Roy always told me that when the players start coming back to visit five or six years after they graduate that you know you've made a significant impact on their lives," said McLaughlin. "That's been very rewarding."