Jevon Mamon, who built a successful program at Perspectives-Calumet, is taking over at Richards. 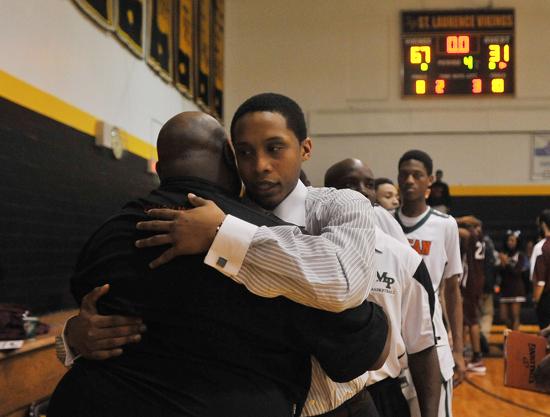 One of the most sought after coaching jobs in the south suburbs has been filled. Richards hired 32-year-old Jevon Mamon on Monday.

Mamon informed his Perspectives-Calumet players on Wednesday that he would be leaving for the Oak Lawn school.

"Leaving Perspectives is tough for me, this being my first head coaching job and having built up the program," said Mamon. "It’s tough to step away from something you were building, but it makes it a little bit easier when you are going to a situation like Richards."

Mamon will teach history at Richards. “I’d like to continue the success they have had,” he said. “The ultimate goal is always to win state and they are the only team other than Young and Simeon since 2006 [in Class 4A that has won state]. There is a great administration at Richards and a lot of support to help that happen.”

Mamon was 43-39 in four years at Perspectives-Calumet, finishing 16-12 and 15-11 the past two seasons. He's also a coach for the Meanstreets club basketball team, one of the most successful programs in the country.

"That was never really a part of the conversation (with Richards)," said Mamon. "Obviously being a part of Meanstreets, that experience and being able to coach some of those guys, I think that may help. But it wasn’t really brought up or mentioned throughout the process."

John Chappetto coached Richards for the past 12 seasons, compiling a 219-114 record. He stepped down after the season.