On the strength of seven first-place finishes, Evanston won the sectional title with 106.5 points. 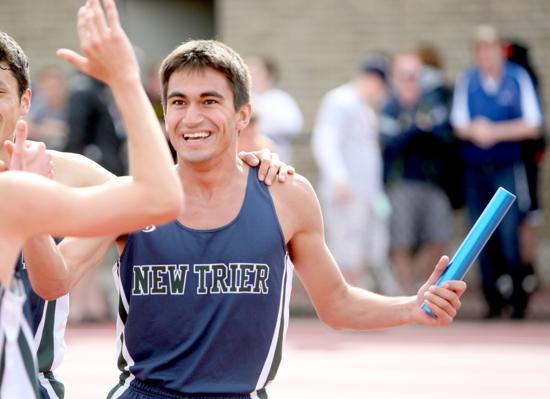 New Trier's Peter Cotsirilos is congratulated by his 4x800-meter relay teammates after they set the track record at the Class 3A Loyola Sectional on Thursday. | Curtis Lehmkuhl/for Sun-Times Media

WILMETTE — New Trier boys distance coach Dave Wisner said he didn't expect to piece together a 4x800-meter relay as good as the one he assembled in 2012.

Two seasons ago, that foursome — anchored by Leland Later, now a sophomore runner at California — ran a time of 7 minutes, 44.30 seconds at the Loyola Sectional to set a stadium record and qualify for the Class 3A state track and field meet.

That was clear Thursday when seniors Connor Trapp, Chase Silverman and Peter Cotsirilos and sophomore Ted Oh combined to run a track-record 7:43.65 to win the Class 3A Loyola Sectional title by more than 15 seconds over Prospect. Trapp, Silverman and Oh all ran 1:56s, and Cotsirilos anchored the victory with a split of 1:54. It was the first time the four ran the relay this spring.

"I thought I'd never see that record from two years ago go down in my lifetime," New Trier head coach Mark Wukas said. "That was so impressive. They are so evenly spread.

"We are so deep and talented in distance, and these four represent the best of them. I think we will be high on that [medal] stand [next weekend at the Class 3A state meet in Charleston]."

Evanston had its share of highlights at Loyola, too. On the strength of seven first-place finishes, the Wildkits won the sectional title with 106.5 points. Niles West (74), New Trier (62), Maine South (60) and Glenbrook South (43) filled out the top five in the 15-team field. 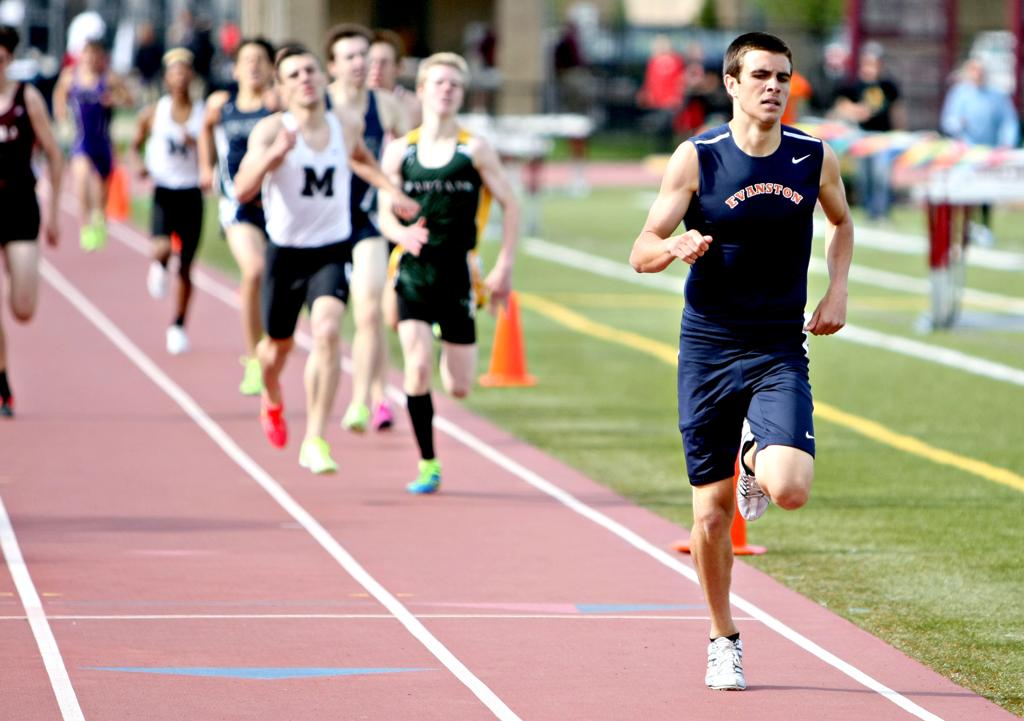 "I was so tired," Klamm said about his status before the 400. "I just had the will to win, as goofy as that sounds."

Klamm was in last place with less than half of the race to go, but he charged past the field down the final straightaway to clock a personal-best time.

"I'm not a sprinter, so it takes me awhile to get up to full speed," he said.

"That was not easy, but he knows his body," Michelin said. "He did it his way."