Leyden defense backs up pitching for regional win over Taft 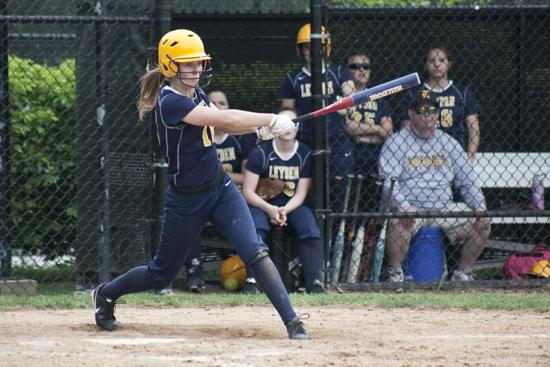 No. 6 seed Leyden got a little bit of everything in its 7-1 victory over No. 11 Taft in the 4A Oak Park Regional girls softball semifinal Wednesday at Fenwick. The offense mustered seven runs on nine hits and sophomore pitcher Kendall Duwall threw a complete game, allowing eight base runners.

With one out and one on in the top of the sixth, Taft was at-bat trailing 3-0. An RBI triple by junior Heidi Suwinski brought the score to 3-1. The tying run at the plate, junior Jaime Rinaldi then hit a grounder to the pitcher. Duwall fielded it, threw to first for the out and junior first baseman Rachael Morrison threw Suwinski out at home on the play to get out of the inning.

Leyden junior Sammi Caputo went 2-for-4 with a double and 2 RBI. Suwinski went 2-for-2 with a walk.

Duwall struck out just two batters, but got support from Leyden's defense, which didn't commit an error.

"Rachael Morrison at first base has such a quick release. She's also a catcher, that's why she has that quick pop. She threw a great strike to home to get that double. It was big." — Leyden coach Kurt Schuett