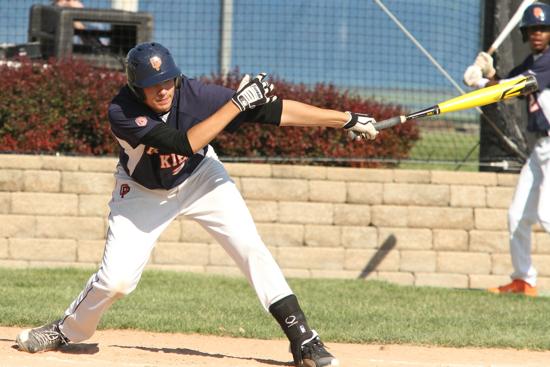 Fifth-seeded Oak Park-River Forest used two big innings to win 10-0 over No. 12 Kennedy in a Class 4A regional semifinal game at Lyons. The Huskies scored five runs in the second inning and four in the fourth to advance to the regional title game Saturday against No. 4 Lyons.

After scoreless first inning, a leadoff double by Ryan Fish got the ball rolling for OPRF (21-15) in the second inning, whichincluded an RBI single from Keith Rogalla and a two-run double from Andrew Hennings.

Starting pitcher Alex Rice struck out four and held Kennedy to a single hit through four innings of work. OPRF batters supported him by capitalizing on Crusaders’ errors, stealing five bases and hitting the ball hard up the middle and in the gaps throughout.

Hennings had two of the Huskies’ seven hits plus two RBI as he, Fish, and Ian Luttrell all doubled in the win.

“I liked our kids’ approaches. We were hitting the ball up the middle of the field and that’s when we play well. It was important to come out and play well today and now we have to get through LT to win the regional. We look forward to the matchup.” – OPRF coach Chris Ledbetter