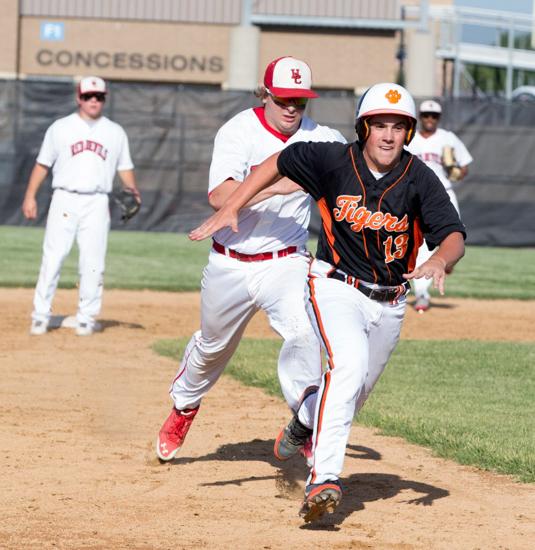 Hinsdale Central and Wheaton South battled for nine innings Friday night before Red Devils' third baseman Max Peters drove in a pinch-runner Ben Chapman from second with two outs in a 1-0 win in a 4A Bolingbrook Regional semifinal. Both pitchers were outstanding, with senior Austin Butler picking up the win for the Red Devils (19-16). He gave up two hits and struck out seven, including the final two batters in the ninth. Senior Brett Stuebing took the tough loss for Wheaton South (16-14), which didn't have a baserunner after the sixth. Hinsdale Central advances to face Plainfield on Saturday with a trip to the sectional semifinals on the line.

In a battle of two outstanding pitchers, Steubing intentionally walked designated hitter Michael Johnson after Matt Muellner hit a two-out double. Peters had a 3-2 count when he connected, sending the ball skirting down the third-base side.

Butler still looked strong in the ninth and didn't allow a hit over the final three innings.

Peters was 2-for-3 with a a strikeout before his ninth-inning at-bat. He had been called out at home on a double-steal from third to end the second inning.

"Just dominant. It was probably the best pitching performance I've been a part of. He threw nine innings of shutout baseball on 82 pitches. Just dominant." — Hinsdale Central coach Jason Ziemer