Get the latest recruiting news on the area’s top prospects, including Marian Central quarterback Billy Bahl receiving an offer from Rutgers. 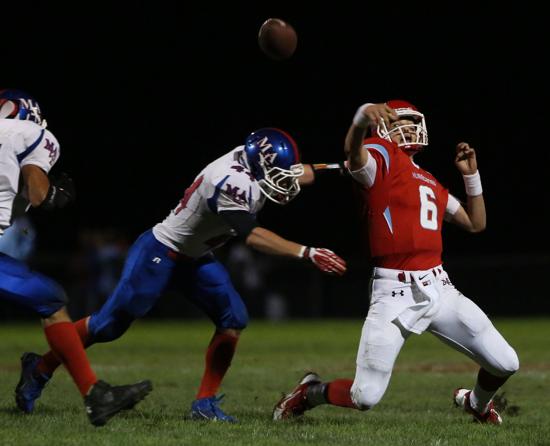 “Cutting down my list was definitely hard because you have formed relationships with the coaches and you have to let go,” Boykin said. “Especially when every school has something different to offer than the other ones. I had to focus on my relationship with the coaching staff and the value of the education.”

The 6-4, 215-pound junior nearly cut his list in half, and has plans to do so again before his senior season starts.

“I am just planning on visiting the schools I haven’t been to yet and making a final five and deciding from there,” Boykin said.

“My head coach (Chris Roll) called me and told me first. He told me to give [Minnesota assistant] coach Jeff Phelps, the coach who recruits me, a call,” Shenault said. “From what I have heard, Minnesota has a beautiful campus and I like the fact that they play some of the best teams in the country in the Big Ten. That’s definitely appealing.”

The first Big Ten offer is one that the Scout.com three-star recruit will remember fondly for quite some time.

“I was excited,'' Shenault said. ''I’ve been talking to Minnesota for a few months now, and I feel like I have built a good relationship with coach Phelps and the staff.”

“I am very excited about the offers that I have at this point,” Bahl said. "During the season I didn’t think it would be like this at all. It’s nice having all the choices, but also kind of stressful.”

Overall, the recruiting process has been an enjoyable one for Bahl who has additional offers from Bowling Green, Central Michigan, Western Michigan, Toledo, Ohio, Buffalo, Miami of Ohio and Illinois State among others.

“My favorite part of recruiting has been just being able to meet a bunch of new people and see all the schools as well as campuses,” Bahl said.

The Scout three-star is an athlete that could continue to pick up recruiting momentum according to Scout.com national recruiting analyst Allen Trieu.

“Bahl has prototypical size and the arm to make almost any throw on the field,” Trieu said. “He stands tall in the pocket and shows a good sense of placement. In the next season he must continue to work on making quicker decisions.”