Beecher laid Westmont by the wayside with an 18-0 win in Monday's Class 2A Rosemont Supersectional at Bandits Stadium to advance to Friday's state finals in East Peoria. 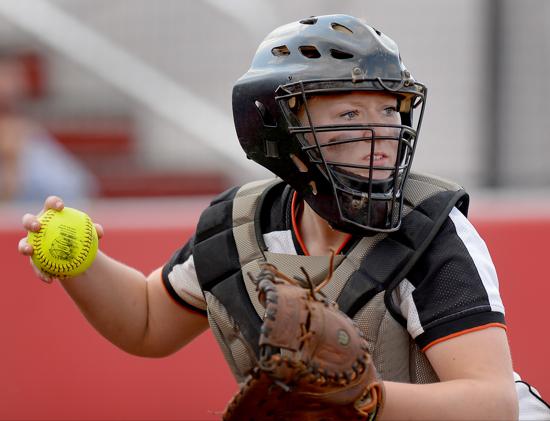 Taylor Johnson followed with a walk, Sarah Crews with a double and Sydney Zupan with a triple.

And that wasn’t the tenth of it.

“I guess it’s kind of contagious when we get a hit. Once the flow goes, it just keeps on going,” Landis said after the Bobcats crushed Westmont 18-0 in Monday’s Class 2A Rosemont Supersectional at Bandits Stadium to advance to Friday’s state finals in East Peoria.

This was a tsunami.

It was thorough. So thorough, that when it ended the Bobcats weren’t celebrating wildly as a team that wins a supersectional is wont to do.

They were already used to the idea.

“I think we were kind of excited the whole game,” Crews said. “After we scored nine in the third inning I think we relaxed a little bit.

Westmont (22-11) came in a bit short-handed. The Sentinels were missing two starters who were away for undisclosed reasons.

“A miscommunication with some of the things,” Westmont coach Jason Bolden said. “It’s just the way it goes.”

In an 18-0 game, it proved to be more or less irrelevant. The Sentinels had other problems, most glaringly seven errors. But Beecher did most everything right with its bats as well.

Savanah Stluka had two perfect bunt singles. Taylor Johnson was good for three RBI via a triple and single.

“We had pitching, we played defense, we had timely hits and hits up and down the lineup,” Beecher coach Kevin Hayhurst said. “It was a complete game. The kids were very focused. They really understand what’s going on.”

To be sure, there was no looking ahead.

“We never assumed that we were going to beat them, we just wanted to go in and play our game,” Johnson said. “The first few innings we were like, ‘Let’s just get focused.’ And then when it started to open up we started to let loose and started enjoying the game.”