Beecher on quest for Class 2A state crown

Beecher will be seeking the third state championship trophy in the program’s decorated history at the Class 2A finals at EastSide Centre in East Peoria. 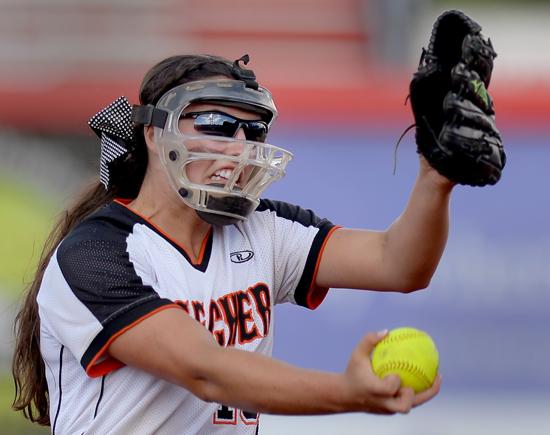 The game was a lot of fun. Beecher scored early and often, and everybody got in and contributed.

The Bobcats’ Emily Landis soaked it all in Monday as the plaque was presented and the pictures were taken after the Bobcats beat Westmont 18-0 to win the Rosemont Class 2A Supersectional title.

The mention of what lie ahead, though, brought her biggest smile.

“Oh, it’s breathtaking,” Landis said. “I don’t even really know how to react. I’m just so excited and so honored to be in this position to have a chance to go this far.”

Beecher will be seeking the third state championship trophy in the program’s decorated history at the Class 2A finals at EastSide Centre in East Peoria.

Friday’s semifinal opponent is Teutopolis (28-3), which earned its first trip to state with a 2-1 win over Carterville in the Johnston City Supersectional.

Beecher (33-7) has been more or less a runaway train during the state playoffs, winning five games by a combined 66-8.

“They’re enjoying it,” Bobcats coach Kevin Hayhurst said. “You have to make sure you enjoy the surroundings and all of the different things going on.

“It was nice they scored often and were able to enjoy the supersectional. All 18 kids got to play. It’s a very talented roster, so it’s nice when I can get all the kids in.”

That isn’t likely to happen against Teutopolis.

The Shoes are a mirror image, in some ways, to the Bobcats.

As Beecher has its two big boppers in Taylor Johnson (16 HR) and Sarah Crews (10 HR), so does Teutopolis in Allison Apke (8 HR) and Kadi Borries (6 HR). Apke and Kadi Borries also have combined for 39 doubles and 74 RBI, while Anni Borries (.475, 29 RBI) is another offensive threat for the Bobcats to worry about.

“They really have a quality team up and down the lineup,” Hayhurst said. “Their pitching is excellent. It’s going to be a tight ballgame.”

Borries, however, hasn’t faced the kind of lineups Crews did in a regular season in which the Bobcats played several Class 3A and 4A teams, such as New Trier, Sandburg, Marian Catholic, Oak Forest and Peotone.

It was during that stretch when Beecher, which has eight freshman (including Johnson) and five sophomores, did the bulk of its growing.

“I knew they were some pretty good players coming in, but boy, they really showed me a lot in those competition games we had,” Hayhurst said. “Those stretch of games showed me that we had become a quality team.”

One of the freshmen, Carson Solis, earned a starting spot late in the season when regular left fielder Madison Bainbridge suffered an ankle injury. Solis had a key two-run double in the sectional final against Reed-Custer.

“She really worked her way into the starting lineup,” Hayhurst said. “She just kept evolving. When I put her in for a short stint or a pinch-hit appearance, she’d come through.

“When Maddie Bainbridge (got hurt) I put her out in left field and she has played very well defensively and done well with the bat.”

Bainbridge remain in the lineup as a DP, going 5-for-9 in the last three games.