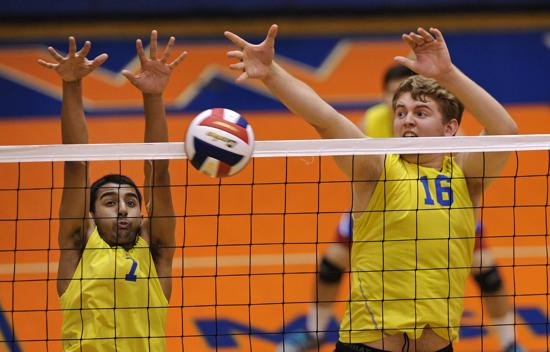 Warren narrowly avoided being the answer to a trivia question Friday.

Payton (30-8) was trying to become the first Public League team to win a quarterfinal match at the boys state tournament, and for much of Game 1, the Grizzlies looked like they would be the team to break through.

“We came out with a lot of energy, a lot of aggressiveness,” Payton coach Casey Feeney said. “We were playing like we were confident. Then they started chipping away at the end of the first set, then in the second game it felt like we were on our heels the whole time.

“We couldn’t get in a rhythm, and by the end of the match we stopped being aggressive.”

Payton setter Lincoln Wang said the Grizzlies knew this was their best shot to get the city in the win column at state.

“Looking at the bracket, this was probably the best draw we had,” he said. “Better than two years ago when we played [eventual champion] Wheaton Warrenville South. We all thought this was going to be a good chance for us. We wanted to show everyone that a city team could come here and win.”

Earl Schultz, who led the Grizzlies with 13 kills and seven digs, said Payton did everything it could to prepare for a deep run at state, including playing at the Brother Rice Smack Attack and Lincoln-Way East tournaments.

“We tried our best the whole year to play high-level teams at tournaments,” he said. “We took all the necessary steps to win this year. We just fell a little short.”

“We didn’t come out as strong as we’d like to,” Warren coach Yun Chen said. “That’s kind of our kids’ thing. During the timeouts, we talked about we just have to believe in us, believe in what we can do. Play one point at the time and let’s see what happens at the end.”

Chen said that playing Deerfield in the sectional with its two outstanding outside hitters – John Harlan and Zach Hara – prepared the Blue Devils to face Payton’s Schultz and Brown.

“Deerfield had a couple of great outside hitters and we knew Payton had strong outsides,” he said. “We just tried to carry that through with our defense.”

Bryant Holland had seven kills and six digs, Mitch Maan de Kok added six kills and Arvind Kouta had 21 assists for Warren, which will play Glenbard West in a semifinal Saturday at 11 a.m.