Sandburg surging into 4A state finals

Bill Harrison breaks down the upcoming Class 3A and 4A softball state finals. 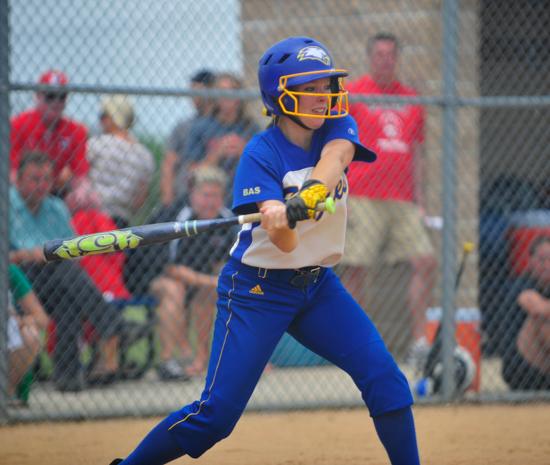 If Sandburg was looking for a blue print on how to win a state title after finishing the regular season with 15 losses, they need to look no further than 2012, when Marist entered the post-season with a 17-15 record.

The Eagles (23-15) started the Class 4A state playoffs with just 18 victories, but are soaring at the right time with a season-high six-game winning streak.

It started with the last game of the season, when Sandburg defeated Barrington 4-3 after three consecutive one-run losses (Joliet West, Minooka, and Lockport).

“All the games we have played have served us as a learning experience on our journey,” said coach Jim Fabianski, who led the Eagles to a state title in 2010. “One highlight is the last week of the season against four quality teams.

“Every year we go into this thinking we are going to experiment as much as we can and then put the best product out there in the playoffs.”

Longtime SouthWest Suburban Blue rival Lincoln-Way East (27-10) will be waiting in a state semifinal at 3 p.m. Friday at the EastSide Centre in East Peoria.

Sandburg won the first meeting with the Griffins, 3-1, on April 22. Lincoln-Way East returned the favor in the second meeting with an 8-4 victory on May 12. The third time of course will be for a chance to appear in Saturday’s Class 4A state title game at 5:30 pm.

“They are really good team and we respect them very much,” Fabianski said of the Griffins. “They knocked [pitcher] Sarah [Herold] out in the second game and we kind of came back but it was too little too late. The kids are excited about this being the rubber match.”

Here’s a look at the other three Class 3A/4A semifinal games:

Warren (26-9) vs. Glenbard North (30-5), 5:30 pm.: Warren has won 17 of its last 20 games, including playoff upsets over New Trier, Lake Zurich and Barrington on the road to their first state appearance since 1980. They lost to Lake Zurich 15-3 during the regular season. Pitcher Jana Wagner (14-3, 3.48 ERA) has been getting it done along with the rest of her team that isn’t producing any off the charts statistical offensive players.

St. Ignatius (28-12) vs. Chatham Glenwood (30-7), 10 a.m: The Wolfpack are making their first-ever trip Downstate in softball. Second-year coach Allison Heraty (47-23) and her team had an easy rode to the supersectional (beating Dunbar, Westinghouse, Noble Street, and De La Salle) but had to toughen out a game against hard-hitting Montini to get to state.

Senior catcher Katie Gallagher leads the Wolfpack offense with a .434 average, 19 home runs, and 64 RBI. Junior pitcher Colleen Hoffman threw four shutouts leading into the supersectional and had the winning hit against Montini after Gallagher was intentionally walked. The Titans have won 10 in a row and are making their fifth appearance (1996, 1999, 2005, 2009) at state.