While disabled swimmers have been quick to take advantage of the opportunity to participate in IHSA competition, other athletes haven’t shown as much interest. Why that is remains hard to say. 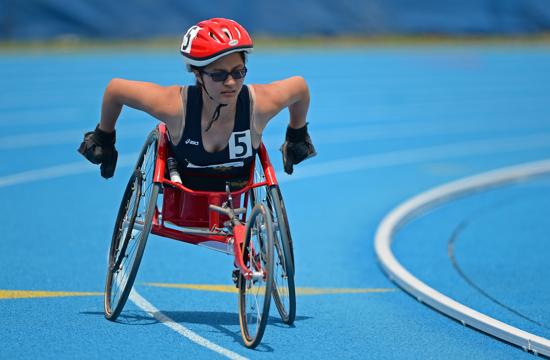 “But I just want to get better every year and make state records every year,'' Kennedy's Stella McMillan said. | Brian O'Mahoney/For Sun-Times Media

High school can be a stressful time for kids who are just looking to fit in.

Sometimes it takes a leap of faith to put yourself out there like Evelyn Felipez and Stella McMillan are doing.

The sophomores are among the pioneers in the Illinois High School Association’s efforts to expand the experience of high school athletics to kids with disabilities.

Both competed at last month’s girls state track meet at Eastern Illinois University in Charleston for the second consecutive season. They can’t say enough good things about getting the chance to compete with their classmates in front of thousands of people.

And they can’t wait to get some more company.

“It’s really great they are doing this for the IHSA,” said Felipez, who attends Lakes. “I’m happy this is going on. I really hope more people are going to try it.”

The IHSA was nudged into providing opportunities for disabled athletes by the activism of former Fenwick swimmer Mary Kate Callahan, who sued for the right to compete in 2012. That opened the door for athletes in a variety of sports, including track and field, bowling and cross country.

But while swimmers have been quick to take advantage of the opportunity to participate in IHSA competition, other athletes haven’t shown as much interest. Cross country still is waiting for its first competitor with disabilities, while other sports have had just a handful of participants. 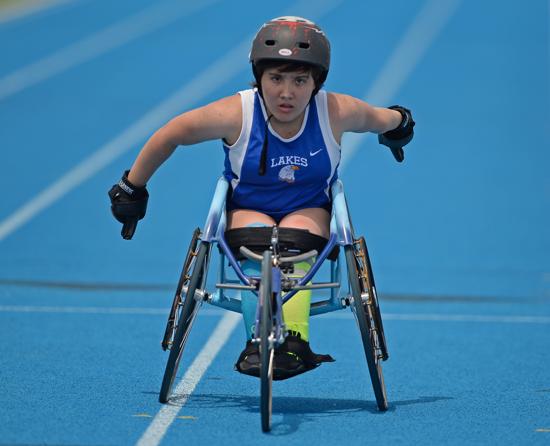 “My team has brought me on as just another teammate,” Lakes' Evelyn Felipez said. | Brian O'Mahoney/For Sun-Times Media

Why that is remains hard to say. Perhaps it’s because athletes with disabilities have plenty of other outlets; McMillan, who attends Kennedy, competes in wheelchair basketball and softball for a club representing the Rehabilitation Institute of Chicago and the Chicago Park District.

She established personal bests in all of her track events at state — the 100, 200 and 800 meters along with the discus — but wishes she had more company.

“That would be more fun, more interesting,” she said. “But I just want to get better every year and make state records every year.”

That could take her closer to her ultimate goal of competing for the United States track and field team in the Paralympics. The coach for her wheelchair basketball team also works with the U.S. men’s national team, one of several people McMillan knows in the world of elite Paralympic sports.

Felipez, meanwhile, doesn’t do any other competitive sports, though she plays tennis recreationally. That may change, thanks to the positive response she’s received since starting track.

“My team has brought me on as just another teammate,” she said.

Her message to other kids with disabilities is simple: Give it a try.

“If other kids see that this is happening,” Felipez said, “they’re going to be more confident to start doing stuff with their high school. ... I think they’re just scared they’re going to get judged or looked at differently.”

But that was not the case on a sunny Saturday afternoon in central Illinois. When McMillan and Felipez were competing, they got the same cheers and support the rest of the athletes did.

And that made them feel like the other hundreds of kids competing that day, which is just as it should be.