The former Dons standout has recovered from a leg injury that delayed his debut with the Falcons. 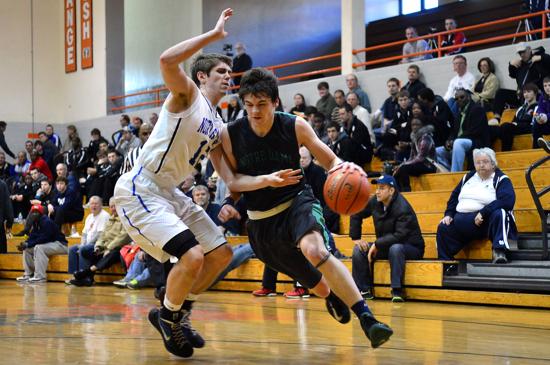 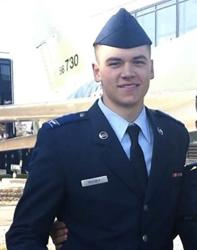 Matt Mooney is in Illinois during the first part of this summer preparing for his freshman basketball season at Air Force.

Mooney has been working out with a trainer in Lake Zurich and another in Chicago, and he’s been meeting up with local basketball players and coaches for additional training sessions.

“I’m going all over the place to get good workouts in,” said Mooney, a 2013 Notre Dame graduate. “I’m trying to get ready for next year, though I will not be around any bikes this year.”

Mooney now can joke about the bicycle accident that occurred June 21, 2013. Riding alone in a forest preserve near his Wauconda home, Mooney’s bike slipped and he suffered a broken fibula and torn deltoid ligament in his left leg. Mooney was on the bike because doctors had advised him to avoid running and jumping for a week due to an inflamed foot, and he wanted to stay in shape ahead of basic training.

The injury required surgery and forced Mooney to postpone his first year on the Air Force basketball team. Instead, he spent several months rehabilitating the leg before suiting up for the Air Force Preparatory School, which is located on the Air Force grounds near Colorado Springs, Colorado.

Now, the 6-foot-3, 200-pound Mooney said he’s healthy and raring to go for his first Division I season. He reports to Air Force on June 26 for basic training and hopes to be part of coach Dave Pilipovich’s plans this winter as the Falcons look to bounce back from a 10th-place finish in the 11-team Mountain West Conference.

“I’m definitely trying to play a lot [as a freshman],” Mooney said. “The goal is to start at the point guard position. That spot is open for the taking. If I’m not the starting point guard, I’m looking to come off the bench and get a lot of minutes and help the team do some big things.”

After missing the first nine games of the 2013-14 season while recovering from his injury, Mooney became a key contributor on the Air Force Prep basketball team. He averaged 13 points per game, second on the team, and helped the Huskies to a 20-11 record while playing a schedule that included several junior college opponents.

“Matt is a pure shooter and, coming off the injury, it took him a little time to get back to where he was in high school,” Air Force Prep associate head coach Marc Holum said. “He’s a good finisher and a great rebounder as a guard, and that goes back to his instincts and knack for being around the ball.”

Mooney’s best performance of the season, according to Holum, came in a December game against Central Wyoming Community College. Air Force Prep was down 10 points midway through the second half, until Mooney fueled a comeback victory by scoring 22 points in the final 10 minutes.

In addition to playing on a surgically-repaired ankle, Mooney said one of his initial challenges was regaining his fitness. Not only had he missed four months, but home games were played at 6,000 feet above sea level, which can make breathing a challenge.

“[Early in the season] we had to take a fitness test, and the last part was a run. I almost passed out. The altitude got to me,” Mooney said. “But when you go play [opponents] at lower altitudes, you feel like you can run for days.”

Mooney said he might have been lacking some athleticism last winter, but he regained much of it — and perhaps improved his athleticism — thanks to vigorous workouts since the season ended in February.

The prep school experience also was a good primer for the Air Force both on and off the court.

The Huskies run the same Princeton-style offense as the Falcons, so Mooney and his teammates, several of whom also plan to play for Air Force, will be well-versed in the system by the time practice begins in late September.

Mooney attended the Air Force Prep School’s version of basic training last summer despite being in walking boot and on crutches. The injury excused him from certain physical activities, but did not keep him from getting the customary verbal abuse from commanding officers.

“They try to break you down and make you want to quit,” said Mooney, who will be required to serve five years in the military upon graduating from Air Force. “I played for [Notre Dame coach] Tom Les, for my dad [Mike Mooney] and my AAU coach [with the Chi-Town Diablos] Chuck Demus, and they all are disciplinarians. So, [the treatment at the Prep School] didn’t frustrate me. It was just annoying.”

During the school year, Mooney had to wear a military uniform, march in formation to meals and have his dorm room inspected for neatness, including the proper spacing of the hangers in his closet.

One of the hardest parts of the busy cadet lifestyle, according to Mooney, a self-proclaimed gym rat, was a lack of time to practice basketball on his own.

When times got tough off the court, Mooney’s regular trips to basketball games at Air Force helped keep him focused on his ultimate goal: playing Division I college basketball.

“It was exciting [going to Air Force games],” Mooney said. “I’ve always wanted to play good Division I basketball, and play in a stadium in front of big crowds. They play teams like San Diego State and UNLV, powerhouse teams, and it gets loud and intense. Watching those games, I just got excited, and it made me want to work hard, so I can be a part of it.”