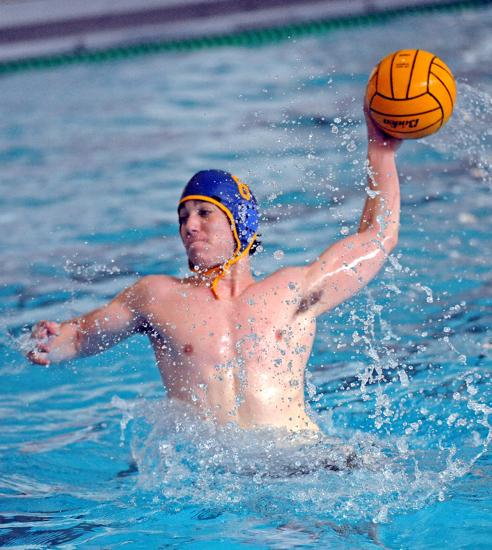 Zach Roper was part of two state trophy-winning teams at Sandburg, finishing fourth as a freshman in 2011 and third the next season.

After a one-year absence, the Eagles made it back to state this season. Even though they fell short of a trophy, falling to Naperville North in the quarterfinals, it was this appearance that was the most special for Roper.

After all, this was his team.

“This year, it felt more like it was me and my teammates that got us there,” he said. “Being a leader of a team that made it to state was a great feeling. Going from the practice pool to the competition pool at state, there’s no feeling like it.”

Roper undoubtedly Was the biggest reason Sandburg was able to get past a tough Lincoln-Way Central Sectional — where powerful Andrew and Lockport squads stood in the way — and make it back to state.

With the graduation of 2013 leading scorer Kevin Tunney, Roper became the go-to guy in the hole and poured in 171 goals in 33 games. He also had 67 assists and 136 steals.

Roper can add the title of SouthtownStar 2014 Boys Water Polo Player of the Year to his impressive resume.

“It means a lot to get honored like this,” he said. “There are a lot of great players in the Southland. I put in a lot of hard work over the last year and over last summer. It definitely paid off.”

On a Sandburg squad that displayed some inconsistencies throughout the season, Roper was the one constant. Often, he carried the Eagles on his back.

“He’s always double- and triple-teamed,” Sandburg coach Jim Caliendo said. “He’s the target of every defense we face, but is never shut out. His best games are always against our toughest opponents.”

For example, the sectional title game against Andrew. It was a tight battle late in the fourth quarter when Roper abandoned his powerful left-handed shot and caught the T-bolts off guard, scoring on a pair of lob shots in the final 93 seconds to seal the Eagles’ state berth.

“Those last two goals were by far my favorite moments of the season,” Roper said.

Roper will move on to play Division I water polo at Iona College in New York next year. He hopes to be remembered at Sandburg, not for his stats, but for the way he carried himself.

“I hope people will talk about me as someone who had good character and sportsmanship,” he said. “Someone who always tried to do the right thing in and out of the pool, and someone who was always there for his teammates whether they were up or down.”