Wow. There’s no better word to describe the Southland’s achievements during the high school baseball season 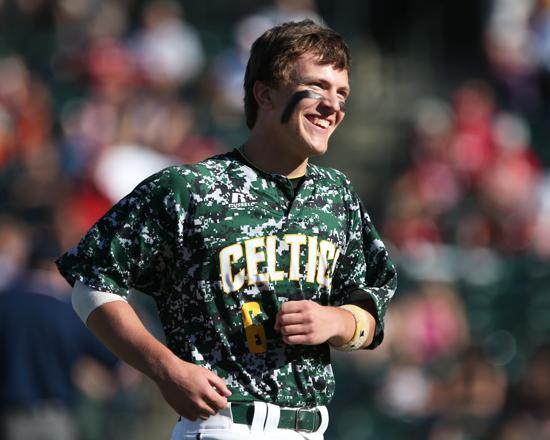 There’s no better word to describe the Southland’s achievements during the high school baseball season.

Three state champions in the state’s four classes: Illinois Lutheran in 1A, Lemont in 3A and Providence in 4A.

A remarkable achievement for certain, one that further cements the Southland’s reputation as a baseball hotbed.

All three teams had to navigate their way around stiff competition and fully deserve the distinction of state champion.

“It’s a great thing for the area,” Providence coach Mark Smith said. “The Catholic Blue had two teams (St. Rita’s the other) in the 4A championship. We’re practically neighbors with Lemont. To have two state champions as close to each other as we are says a lot about the area. It’s no secret that there’s a ton of talent around here.”

Beyond being a region loaded with highly skilled players, the Southland also is very kind-hearted and generous.

In an effort to avoid appearing greedy to our regional neighbors, we threw the rest of the state a bone and allowed it to fight over the 2A title. So, congrats to Pleasant Plains.

The Southland’s dominance this season was about as surprising as learning Britney Spears lip syncs.

Throughout the regular season, Southland teams took residence in various Top 10 polls. Not just three or four spots, mind you. Sometimes as many as eight.

Others, such as Oak Forest, Richards, Brother Rice, Homewood-Flossmoor and De La Salle, found their way in and, on occasion, proved capable of beating anyone on any given day.

(If you’ll notice, it’s a blend of public and private high school programs.)

It all made for an exceptional season, capped by state championship dominance.

“There are some great teams in the area,” Lemont catcher Mike Papierski said. “Just look at the competition in our regional. It was crazy. The area is just so talented.”

For additional proof, look no further than the number of local players from this senior class moving on to play at the Division I college level.

From LSU to Notre Dame to Austin Peay to Purdue, among others, local players have shown the ability to compete at college baseball’s highest level.

LSU landed a jaw-dropping trifecta of local talent with Providence pitcher Jake Godfrey and Lemont’s duo of pitcher Jake Latz and Papierski headed to Baton Rouge. All three were selected in Major League Baseball’s Amateur Draft a few weeks ago, but likely will honor their college commitments — that is, unless the Brink’s truck arrives at their front door.

In all, a dozen local players, both college and preps, were selected in the amateur draft, another testament to the skill level of players being developed in the Southland.

“No matter if you play conference or nonconference, you’re always playing great competition in this area,” Lemont coach Brian Storako said. “And it’s because of that you’re ready for the playoffs. Some of the best baseball in the state is played in this area. It’s unbelievable to have three state champions. But it’s really not that surprising.”