Libertyville’s slugging catcher has big-league dreams and a bat to back them up. 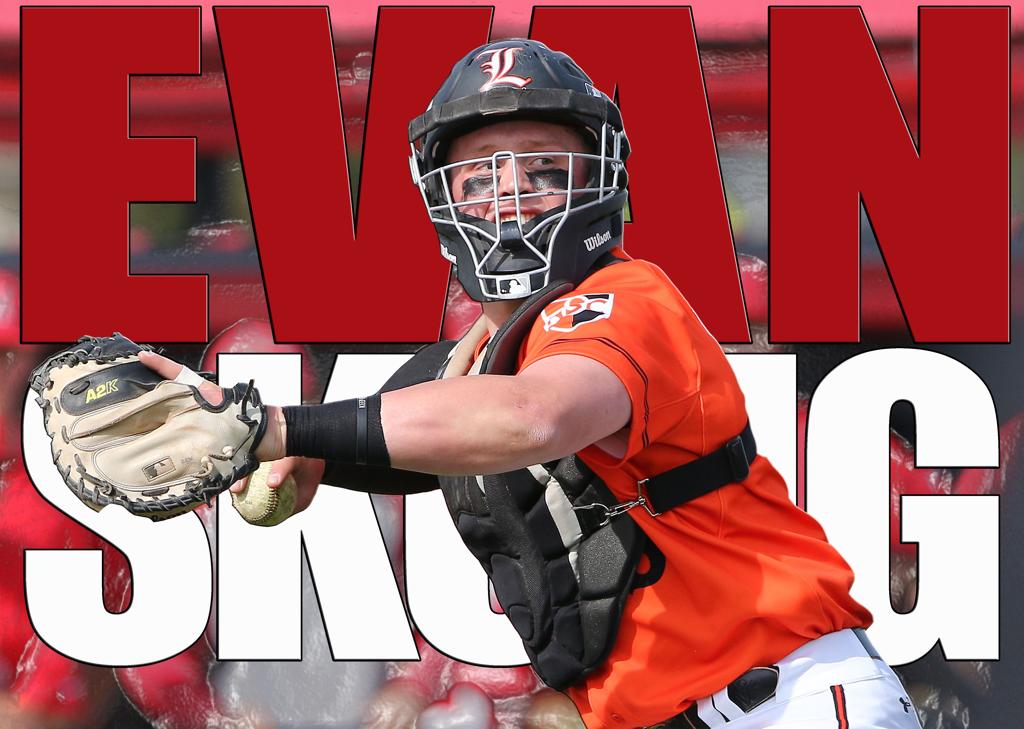 LIBERTYVILLE — It was early in the morning on June 5 when the phone rang at Libertyville catcher Evan Skoug’s home.

On the line was a Chicago Cubs representative. The team was interested in selecting the 5-foot-10, 200-pound senior early in Major League Baseball’s first-year player draft later that afternoon. But it never happened.

“If the money had been right, the Cubs were definitely interested, possibly second or third round,” Skoug said. “So were the Colorado Rockies. It was flattering, but I set my asking price really high for a reason. I value education, and plan on honoring my commitment to play college baseball at TCU.”

The Washington Nationals ended up drafting Skoug — the Pioneer Press Baseball Player of the Year — in the 34th round.

“Make no mistake, I plan on playing in the majors,” Skoug said. “That’s what all my hard work has been about. That’s going to be my career, my life. It’s just on hold for now, so I have something to fall back on. My goal is becoming the No. 1 overall pick in the 2017 MLB draft.”

Skoug finished 2014 with a .365 average, four home runs and 32 RBI in 104 at-bats. Those numbers don’t come close to painting the entire picture, however.

In 146 plate appearances, he also drew 36 walks, struck out just seven times and tallied a .514 on-base percentage. His OPS (on-base percentage plus slugging percentage) was a whopping 1.158. Defenses routinely shifted out of respect for Skoug, and coaches often instructed their teams to pitch around him.

“Evan is the best catcher I’ve ever had,” Libertyville coach Jim Schurr said. “Everyone’s seen what he can do from the left side of the plate with the bat. He’s just an amazing competitor with an unmatched work ethic. I have very little doubt you’ll see him in the majors someday.”

He might have the bat. In a 2013 Class 4A state semifinal against St. Charles East, Skoug belted a home run that flew over the right field bullpen at Silver Cross Stadium in Joliet, out of the ballpark and onto the roof of a pickup truck parked in the street. It was an exclamation mark on a junior year that saw him hit .447 with eight homers and 45 RBI.

But Skoug’s gaudy numbers the past two seasons are only half his story.

“Defensively, he was a game-changer for us, too,” Schurr said. “From the time he got called up his freshman year, until now, it’s been amazing to watch Evan develop. By sophomore year, he was already a great defensive catcher. By junior year, he’d basically mastered the little things ... the nuances within the game.”

“If you tried to take too big a lead, Evan would know just the right time to snap throw down. He has incredible instincts and a cannon arm. He handled our pitching staff extremely well. I don’t know how many guys he picked off bases during his time here, but it was a ton. It was like having another coach on the field.”

Skoug’s leadership and defense rubbed off on teammates and was a key reason the Wildcats finished 2014 with a 33-6 record and picked up NSC and regional titles.

“Evan made me a better player on and off the field,” said Libertyville senior ace Jeff Barton. “I could trust my curveball in the dirt because I knew for a fact he would block it. He is the best player I have ever played with and I know he will do incredible things at TCU.”

“The thing I think of first when I hear Evan Skoug is just pure determination and focus,” Wildcats junior Jimmy Govern said. “I can’t recall a time when Evan wasn’t critiquing his game or helping others with their game. There aren’t too many leaders like Evan Skoug.”

“I just want to thank everyone in the community for their support,” Skoug said. “My friends, my teammates, my dad, my mom, and my older brother and sister. Being a part of this team, this town ... it’s been surreal.”