Gordie Kerkman got good news Saturday after spending a day in the hospital, undergoing tests for chest pains he felt Friday morning. 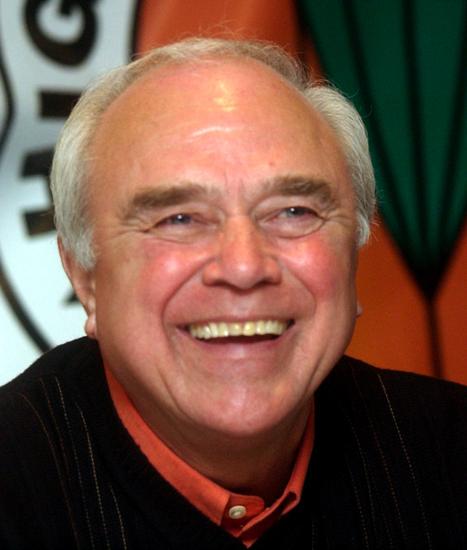 Gordie Kerkman got good news Saturday after spending a day in the hospital, undergoing tests for chest pains he felt Friday morning.

West Aurora's boys basketball coach was in good spirits when he answered his cell phone after pulling into the school parking lot.

“I got a clean bill of health,” the veteran coach said.  “They didn’t find anything wrong with my heart or my circulatory system. I’m good for a few more miles anyway.”

He missed almost all of the 46-team varsity competition at the 10th Annual Hoop Mountain Summer Shootout his program hosts that featured non-stop action on seven courts spread across the main gym, auxiliary gym and fieldhouse.

Kerkman normally maintains a low profile at such summer events, letting assistants Paul Kieffer and Dan Batka coach the team while he watches from nearby bleachers, clipboard and notepad in hand to take notes as he scouts his team.

He phoned longtime assistant Kieffer Friday morning to let him know of his discomfort and that he was going to have his wife drive him to the hospital to get checked out.

“He sounded normal and said he just wanted to get it checked out,” Kieffer said. “He said he was going in as a precaution and they were going to do some tests.”

The coach was resting comfortably later in the day and even kept tabs on his team, by phone, with members of his staff.

“They did an EKG and it checked out OK, but they found out a few things that showed up that weren’t on the last EKG I had had,” Kerkman said. “They were concerned that I might have a little blockage in my coronary artery.

“I had a stress test today but passed it, so they turned me loose.”

And that, of course, meant a trip straight to the high school to catch up on what he had missed.

His Blackhawks had gone 3-0 on Friday in his absence, playing without senior forward Roland Griffin, who is still nursing a sprained toe, and junior center Carleton Williams, who is visiting his father in Florida. West won its four-team pool, beating Hoffman Estates (62-24), Willowbrook (70-26) and Waubonsie Valley (40-27).

Kerkman kept tabs on the team Friday, getting reports from his assistant coaches after each game.

On Saturday morning, the Blackhawks dropped back-to-back decisions in bracket play, losing by seven points to St. Charles East and by 10 to Pleasant Valley, Iowa.

“It’s hard to tell, maybe the teams we played were missing people, too,” Kerkman said. “From what the coaches told me, maybe I should be glad I didn’t see the games.”

He bypassed the varsity title game and headed straight to another gym to check out West’s sophomore team, which was beginning play in that portion of the event, which continues through Sunday.