Hannah Schultz made it her mission to turn the Red Jaguars into a program that could compete with the best teams in the state on an annual basis. 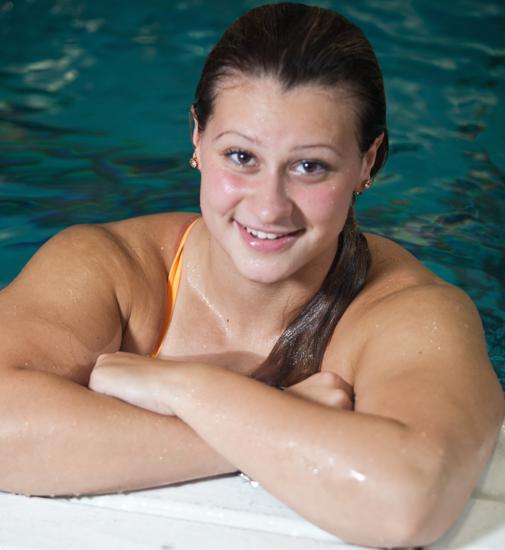 When she began playing water polo for Bremen co-op as a freshman, Hannah Schultz made it her mission to turn the Red Jaguars into a program that could compete with the best teams in the state on an annual basis.

“I made it my goal my freshman year,” she said. “I decided I was going to stay with Bremen. I wasn’t going to transfer somewhere for water polo. I had it in my little freshman head where I was like, ‘I’ll be a super-hero.’ I wanted to make it a program where everyone plays hard and everyone plays tough.”

There’s no denying that as Schultz leaves the Red Jaguars, they have become one of the area’s most respected teams. This season, Bremen finished 24-8 and advanced to the Stagg Sectional championship.

Schultz, who attended Tinley Park, arguably was the state’s most unstoppable player. She scored a state-best 156 goals — 78 percent of her team’s scoring — and also contributed 149 steals and 67 assists.

She had at least eight goals and at least 10 steals in the same game eight times during the season.

Schultz earned the title of SouthtownStar 2014 Girls Water Polo Player of the Year.

“It means so much to me,” she said. “More than words can describe. I’m from Tinley Park. I play for a co-op team. To come as far as we have is mind-blowing. This is so cool.”

Schultz never was intimidated by double- or triple-teams employed by opposing defenses.

“I just love contact,” she said. “I was never afraid to step it up in those games. If I get mauled, I get mauled. I take a lot of pride in water polo and I’m going to fight out there.”

With Schultz leading the way, Bremen showed it can compete with the area’s best. The Red Jaguars beat Sandburg in the sectional semifinals and had a regular-season win over Mother McAuley.

Then, in the sectional title game, Bremen was one quarter away from earning its first state berth, leading McAuley 6-3 after three quarters before the Mighty Macs rallied for a 9-7 overtime win.

“It was a tough one to swallow,” Schultz said. “We worked hard all season and we played so hard. I have to look back on it and smile, though. It showed how far we came that we were able to play so well against a team like that.”

An underrated part of Schultz’s game is her defense. There’s no denying that she’s a force to be reckoned with on both ends.

“She plays a vital role on offense and defense,” Bremen coach Todd Strein said. “She’s a great leader and just an amazing player.”

Schultz will play water polo at Iona College in New York next season. Her senior year of high school, though, certainly will be remembered.

“We loved the underdog role and we were fueled by it,” Schultz said. “This year, I was like, ‘We’re going to put on a show.’ I was so proud to be a Red Jaguar this year.”