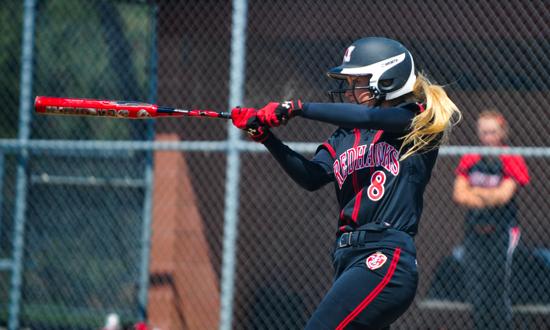 One of the most satisfying softball memories Brooke Wyderski said she’ll keep from her senior season at Marist is the end of the Class 4A regional title game against Lyons.

“We all contributed in extra innings to win,” she said. “That could have been the end of our season, but Alexis Rogers got the game-winning hit.”

Wyderski didn’t mention that with two outs in the seventh and the RedHawks trailing 5-4, she saved the season herself by smacking a 2-and-0 pitch over the right-field fence.

“Oh, yeah,” she said, laughing. “That was an awesome feeling, but besides that point the team all contributed.”

And they sure had fun.

That’s what matters the most to Wyderski, who for the second straight season is the SouthtownStar Softball Player of the Year.

The Loyola-bound senior put up some prodigious numbers at the plate, most notable a .492 average, with 12 doubles, 13 home runs and 50 RBI.

She did it facing opponents who often pitched around her (19 walks) — if that was possible. She could chase, and often turned bad pitches into base hits.

Wyderski, who also was a top basketball player at Marist, grew up as a kid who played sports with the boys, particularly her older brother Blake and his friends.

“I grew up with it (sports) and always wanted to be better than them,” she said. “I’m really competitive.”

But when she did win, there was no tongue-wagging.

“My parents brought me up never to brag or look at numbers,” Wyderski said. “They always told me, ‘Just have fun. If you’re not having fun, don’t play.’ ”

Wyderski played a lot of shortstop as a youth player, but as a freshman at Marist she earned a spot on the varsity team as a third baseman.

“Rikki Alcaraz was the shortstop when I was a freshman,” Wyderski said. “She was very good and a great role model to learn from.”

Wyderski earned All-Area honors as a freshman after hitting .408, with nine homers and 37 RBI. As a sophomore, she took over at short and hit 10 homers and knocked in 41 more, again earning All-Area status.

In her junior season she really broke through with a .587 average, 12 homers and 62 RBI and was named the SouthtownStar Player of the Year.

Bill Casey should take a bow.

“I love him,” she said of her longtime batting instructor. “I’ve been going to him once a week for lessons since I was nine. He’s the best.”

“For me, I’m different (than most),” she said. “I don’t think of anything, really, when I’m at the plate. I just go in relaxed and try to make solid contact.”

That, she said, was the idea before she strode to the plate against Lyons.

“I didn’t try to hit a home run or anything,” she said. “It just so happened. I just didn’t want the season to end and I was going to do whatever I could to get on base.

Instead, it was a blow that served to enhance what already had been a special legacy as a RedHawk.

“Oh, my gosh, I don’t want to leave,” Wyderski said of Marist. “I wish I could have a couple more years. I’m excited about Loyola, obviously. I’m willing to do whatever.”

Why not? The track record says she’ll do it well.