Waukegan hoops: Change for the better this summer 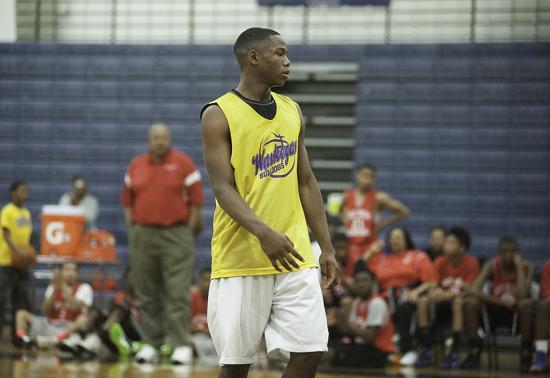 The one good thing — make that the ONLY good thing — about Murphy’s Law is that it moves around, and is not inclined to stay in one place for too long.

Last basketball season, the Law found a home in Waukegan High School’s Dog Pound, a visit that coincided with the arrival of Mike Wasielewski as new coach of the Bulldogs’ boys program.

As the Law states, anything that can go wrong, did go wrong for the Bulldogs, starting with the fact that the coach wasn’t named the coach until school started in late August, the team’s top returning player left the school, the team won just six times in 25 games, and by the final month of the season, there weren’t enough healthy/eligible varsity players around to hold a five-on-five scrimmage.

Unbelievably, Murphy’s Law then followed Wasielewski around to the school’s girls soccer program in the spring where he was an assistant coach. It seemed like every elite-level player in the school opted to play club soccer rather than for the school team, leaving that Bulldog squad woefully short of experience and high-end talent.

But that was then, and this is now.

And now, as Waukegan works during the month of June to prepare for the 2014-2015 prep basketball season, the light at the end of the tunnel is, indeed, the sun rather than the headlight from an oncoming train.

There are positives everywhere, many of display at the CLC Shootout that featured Waukegan, North Chicago, Round Lake, Antioch and Carmel and was hosted by College of Lake County basketball coach Chuck Ramsey.

But also joining team is junior guard C.J. Duff, who was a starter last year for a Carmel team that went 25-9 and reached the Round of 16 in the Class 3A hoops tournament.

Taylor, Newsome and Duff aren’t LeBron/Wade/Bosh, but they are so far ahead of what Waukegan had last year that you can’t even see 2013-2014 in Waukegan’s rear-view mirror.

“It’s going to be totally different. It was very difficult coming in and trying to put in everything in November,” Wasielewski said. “Now that we have the summer together, we can get off to a good start. The kids like each other. They’re unified. I’m excited to see how the last couple of weeks go, and to see how good we can get.

“We have a ways to go, no doubt,” he added, “but it’s gratifying to see them getting better.”

Besides the three “starters” back, Waukegan will actually has some other players who will be difference-makers.

“We have some fresh faces and some guys moving up. We had a couple of kids move in,” the coach said. “We have four or five upcoming juniors who are doing a good job contributing. I was a little worried because they didn’t have a great season last year at the sophomore level, but they’ve been contributing this summer. I’m happy with the progress.”

Wasielewski has to feel good watching Duff play on the court. He played for Tim Bowen at Carmel, and Bowen was an assistant coach at Waukegan during the glory days of Jereme Richmond.

“He’s a very hard worker, a very serious worker,” Wasielewski said. “He’s the kind of kid who can make the program better.”

One humorous note about Duff, who played at a slow-and-steady-wins-the-race pace at Carmel, and now is playing at a fire-drill pace at Waukegan. Like every other Waukegan player, he’s going to have to get used to a style of play that produces fun, points and victories.

“We all have to work on our conditioning,” Wasielewski said. “That’s going to be our focus come the fall.”