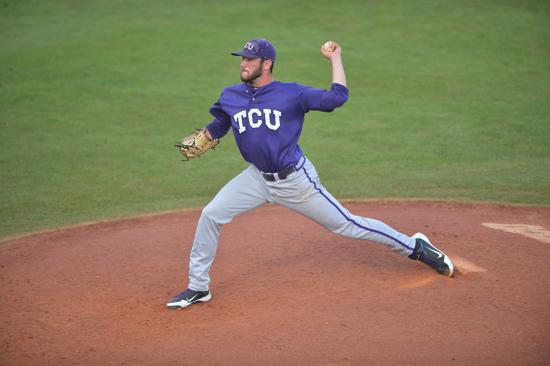 Carmel alumnus Alex Young pitches for TCU in the Fort Worth Super Regional on June 7 against Pepperdine. | Michael Clements

Young, a sophomore from Hawthorn Woods, pitched a third of an inning and recorded a strikeout in the final of the team’s three College World Series games, a 6-4 loss to Mississippi on June 19.

He finished the season with a 2.51 ERA and 40 strikeouts in 43 innings pitched. The lefty made 20 relief appearances and two starts, and he held opponents to a .223 batting average.

Cam Irwin, from Glenbrook South, helped the Tufts men’s lacrosse team defeat Salisbury 12–9 in the Division III national championship game on May 25 in Baltimore. It was the second NCAA championship for the Jumbos.

Irwin, a freshman midfielder and Glenview native, played in seven games this season. The Jumbos finished with a 21-2 record, a 13-0 record at home and a 9-1 record in the New England Small College Athletic Conference.

In the fall, Trinka won the ITA New England Men’s Tennis Tournament championship as an unseeded player. He then advanced to the United States Tennis Association/ITA National Small College Championships.
Trinka also was named to the NESCAC All-Academic team. 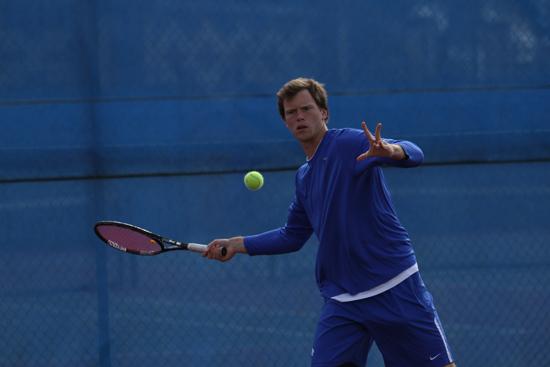 Grant Thompson, a Lake Zurich alumnus, played in 15 matches for Eastern Illinois as a freshman and helped the Panthers make their first Ohio Valley Conference tournament since 2009. | Sandy King/EIU Photographer

Eastern Illinois men’s tennis player Grant Thompson, a Lake Zurich alumnus, was recently named to the dean’s list with a 4.0 grade-point average. A freshman from Hawthorn Woods, Thompson played in 15 matches and helped the Panthers make their first Ohio Valley Conference tournament since 2009.

Eastern Illinois senior Vova Zverkovsky, from Niles West, also is a member of the team. He played in three matches this season.