Bartlett’s Bryce Petty is Fordham-bound, but eyeing big season ahead

Bartlett’s Bryce Petty moves fast on the track and football field, and also moved quickly when deciding on his college career. 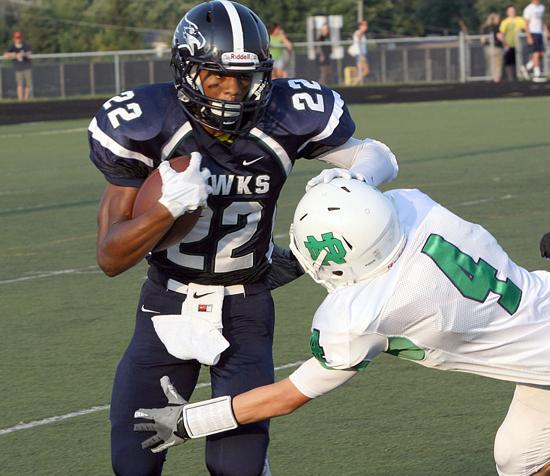 Bartlett’s Bryce Petty moves fast on the track and football field, and also moved quickly when deciding on his college career.

The 6-foot-2, 170-pound wide receiver-defensive back has committed to Fordham, the famed Division I Bronx school that was the home of Vince Lombardi and the fabled “Seven Blocks of Granite”.

“They just came during track season to our high school and started talking to me and their coach stayed in touch with me,” Petty said.

Coach Joe Moorhead guided Fordham to a 12-2 record in 2013. The Patriot League team lost in the second round of the NCAA Football Championship Series playoffs to Towson State.

“He showed me around the campus and the facilities and everything, which I liked a lot, and said when I knew what I was going to do to call him back,” Petty said. “A couple of days later I told him I’d made my decision already.”

Petty called academics a big draw of the school. He also is fond of its location.

“Being right there in New York, they get lots of internships for students,” he said.

While many football players wait until as late as February to commit, Petty was happy to have it done.

“I wanted to get it out of the way early so I could focus on playing for my team this fall,” he said.

Petty probably fits with Fordham as a wide receiver, but also plays corner. He ran an 11.02-second 100-meter dash, and during the spring ran for Bartlett’s state-qualifying 400- and 800-meter relay teams. He said his last 40-yard dash time came in at 4.57 seconds.

Petty didn’t pile up big receiving numbers in 2013, but he was playing for a team with an offense in transition from a ground-based to a balanced attack.

This fall they’ll have senior quarterback Jordan Flint back for his third year with the varsity.

“We’re looking to spread the ball around more than last year, because before we were pretty run-dominated,” Petty said.