This summer has been one to remember for former all-state Libertyville catcher Evan Skoug. 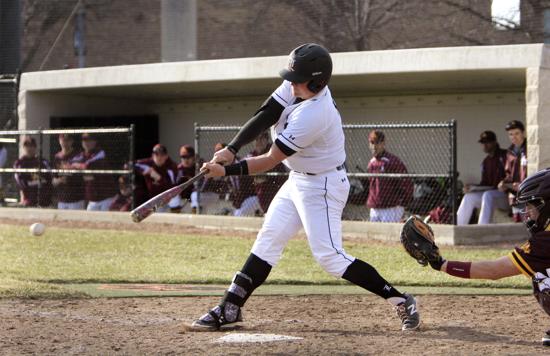 LIBERTYVILLE — This summer has been one to remember for former all-state Libertyville catcher Evan Skoug.

He was selected by the Washington Nationals in the 34th round of Major League Baseball’s amateur draft on June 7 after receiving interest from the Chicago Cubs and Colorado Rockies as early as the second and third rounds. Since then, he’s traded in his baseball cleats, chest protector, mask and shin guards for vacation time, traveling through Africa with family.

Though he was thousands of miles away, Skoug spoke about his experiences overseas via Twitter. His cell phone often was out of range for hours at a time in the remote wilderness.

“So far we have gone on game drives, seeing the African ‘Big 5’ [elephant, leopard, lion, buffalo, rhino],” Skoug said in a message June 21. “We’ve also seen cheetahs, antelopes, giraffes and many other species. Yesterday we took a look inside one of the local villages, learned about their lives and their culture. Tomorrow we head to Tanzania to see the Serengeti, Maasai Mara [a national game reserve bordering the Serengeti in neighboring Kenya].”

Adding to his adventure, TCU was eliminated from the NCAA Division I College World Series just two days earlier on June 19. Skoug has a scholarship to play for the Horned Frogs as a freshman beginning this fall.

“Evan’s intensity will turn heads because of how important it is at the next level,” Greenberg said. “We saw it in the College World Series, energy wins ballgames, and Evan has what it takes to be a top-notch player. And after spending four years with Evan, I sort of expected him to go to school. I know he, and his family, value education.”

Skoug thinks he can help TCU take the next step and win the College World Series in 2015.

“[I’m] really excited, they solidified themselves as one of the top programs in the country and I’m honored to be a part of it, looking to finish the run next year,” Skoug said. “The catcher’s spot is open. I have a shot at getting it as a freshman. I plan on busting my butt so it is mine and then not letting go.

“I hope to grow physically and mentally. I hope to master all facets of the game with all of TCU’s facilities and top-notch instructors, strength coaches, psychologists, etc. Looking to just take my game to the next level.”